The MLB world was bound to react strongly if the Braves did not get off to a hot start in 2022 following their World Series victory. Sure enough, Atlanta has labored out of the gates and Braves fans reacted accordingly. But this is an extremely talented team that is going to be alright in the long run. However, the Mets currently have the best record in the MLB and have stol the NL East headlines.

Even though the Braves roster is too talented to play under .500 baseball all season, there are concerns worth discussing. So without further ado, here are 3 Braves 2022 early season overreactions.

Atlanta enters late April with a team ERA over 4.60 which places them near the bottom of the league in that department. But is this rotation actually bad? Or are they just slumping through the first couple weeks of the season?

Max Fried has been the steady arm in the rotation. The left-hander has flashed signs of brilliance already in the early going and figures to be one of the top pitchers in the league once again. Kyle Wright is a young arm who has also displayed potential for Atlanta.

But the rotation has seen some individual struggles as well. Charlie Morton and Ian Anderson have posted ERA’s of over 6, while Huascar Ynoa’s first two disappointing outings earned him a demotion to the minor leagues.

So is there reason for concern? Can the Braves not pitch anymore?

Final verdict. RELAX! Atlanta is going to be fine. This is a complete overreaction.

Can the duo rebound? Because it seems as if people already forgot that Rosario was a postseason hero for Atlanta last year while Swanson made the final out to clinch the World Series. Nonetheless, it is a what have you done for me lately world and that has proved evident through the first couple weeks of the season.

Swanson’s ground ball rate is up over 51 percent while his hard hit percentage is under 30 percent. He also has posted a strikeout percentage of over 41 percent. However, Swanson’s strong fielding ability at a premium position will likely keep him in the lineup regardless of his offensive output. And if he can turn some of those ground balls into line drives he could end up having a decent campaign. Still, the Braves would have loved to see a breakout offensive season from Swanson.

Rosario is not a strong defensive option, so his playing time could be in serious jeopardy. His hard hit percentage is down at around 25 percent while his ground ball rate is also over 51 percent. Oddly enough, his strikeout rate is not much different than his career average. So there is hope for Rosario, and he might just be mired in an early season slump.

Final verdict: This is not a complete overreaction. But this is a situation worth keeping tabs on moving forward. If Swanson and Rosario are still slumping in a couple of weeks then change could be in order for the Braves.

Matt Olson and Marcell Ozuna are both off to terrific starts to the year. Olson has not skipped a beat after being traded from Oakland to Atlanta as he is slashing .400 / .516 / .640 while Ozuna has blasted four homers with a .291 average and an .892 OBP.

So are these guys legitimate 2022 MVP candidates?

Olson has always featured MVP potential. Strikeouts have been a problem but it appears as if he is settling in with the Braves. Ozuna is a talented hitter and could make a run as well. I like Olson’s chances better than Ozuna but both could make MVP runs this season.

Final verdict: Not an overreaction. 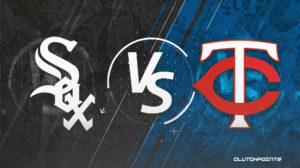