NFL Network analyst Daniel Jeremiah held a conference call on Thursday previewing the 2022 NFL Draft, and the Eagles dominated the bulk of his answers.

Philadelphia has two first-round picks, a handful of urgent needs, and a general manager that likes to make things happen early and often.

1 Jeremiah believes landing Kyle Hamilton would be a homerun pick

Jeremiah was asked about the Eagles’ need at safety and whether Kyle Hamilton could be an option for Philadelphia if he starts to slip.

Kyle Hamilton is fascinating in this one. He’s my fourth overall player. When I do my update he’ll be my fifth, so I haven’t really dropped him that far. That would be a tremendous value in my opinion for them if they were to have an opportunity to pick him with one of those picks if he were to drop down there. I would have no problem with that. I know they haven’t historically done that, but I could make a strong case that’s a need and that would be a home run pick in my opinion.

Jeremiah mentioned Jalen Pitre and his Baylor teammate, TJ Woods as a name to watch. 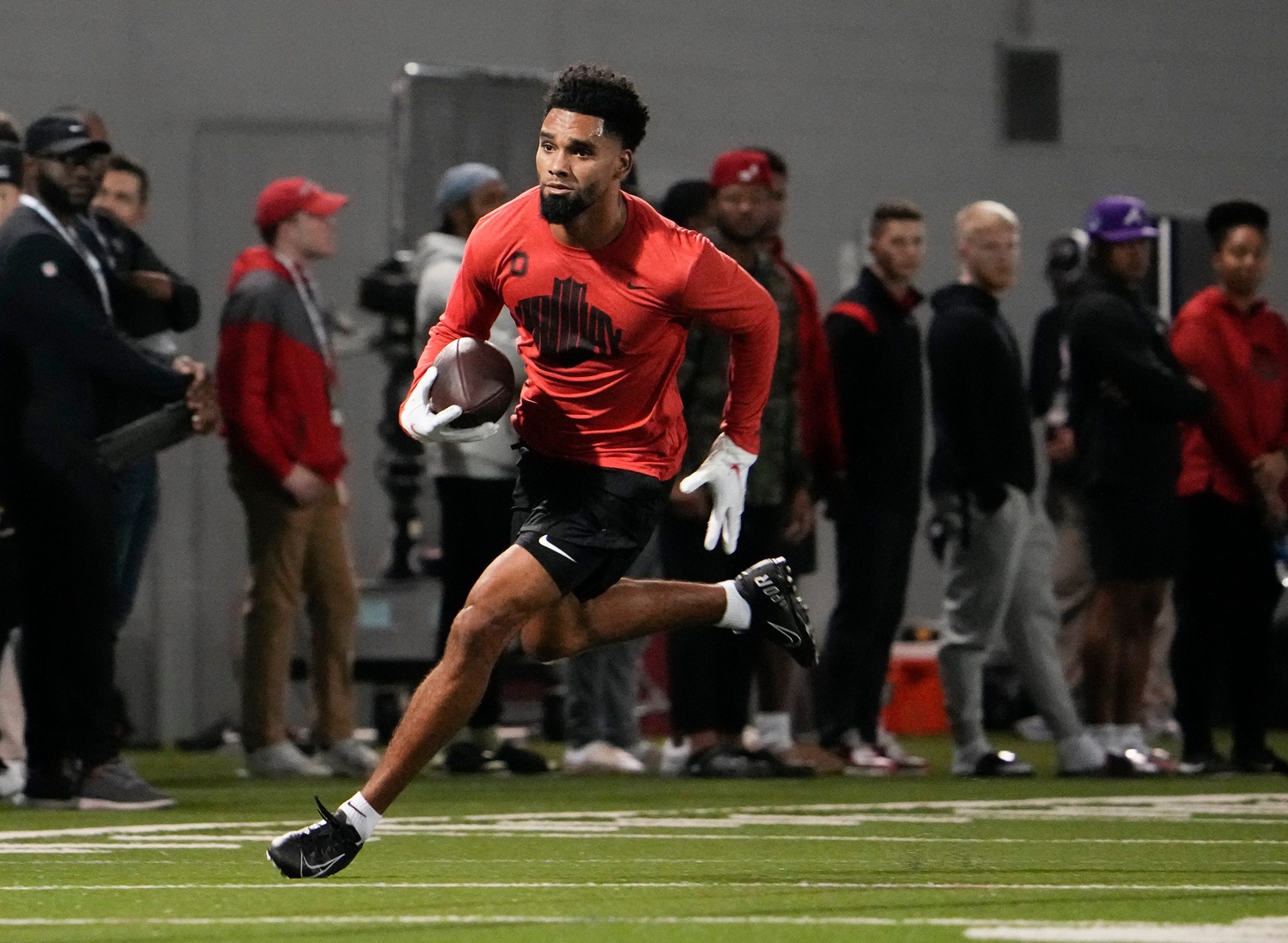 Jeremiah doesn’t believe Garrett Wilson or Drake London will be available if Philadelphia wants a wide receiver, but he’s sure Jameson Williams or Chris Olave could be options.

I think the offensive line, you’re not in dire straits there by any stretch because you have that front line group, because you’ve also got some depth behind them. But if we remove that, I could make a case that if you have the highest grade on the receiver you could still take one.

I think I’m not telling tales out of school here, but I don’t know that you’re counting on Jalen Reagor who be a key part of this thing going forward, what he’s shown, so I don’t really even look at that. 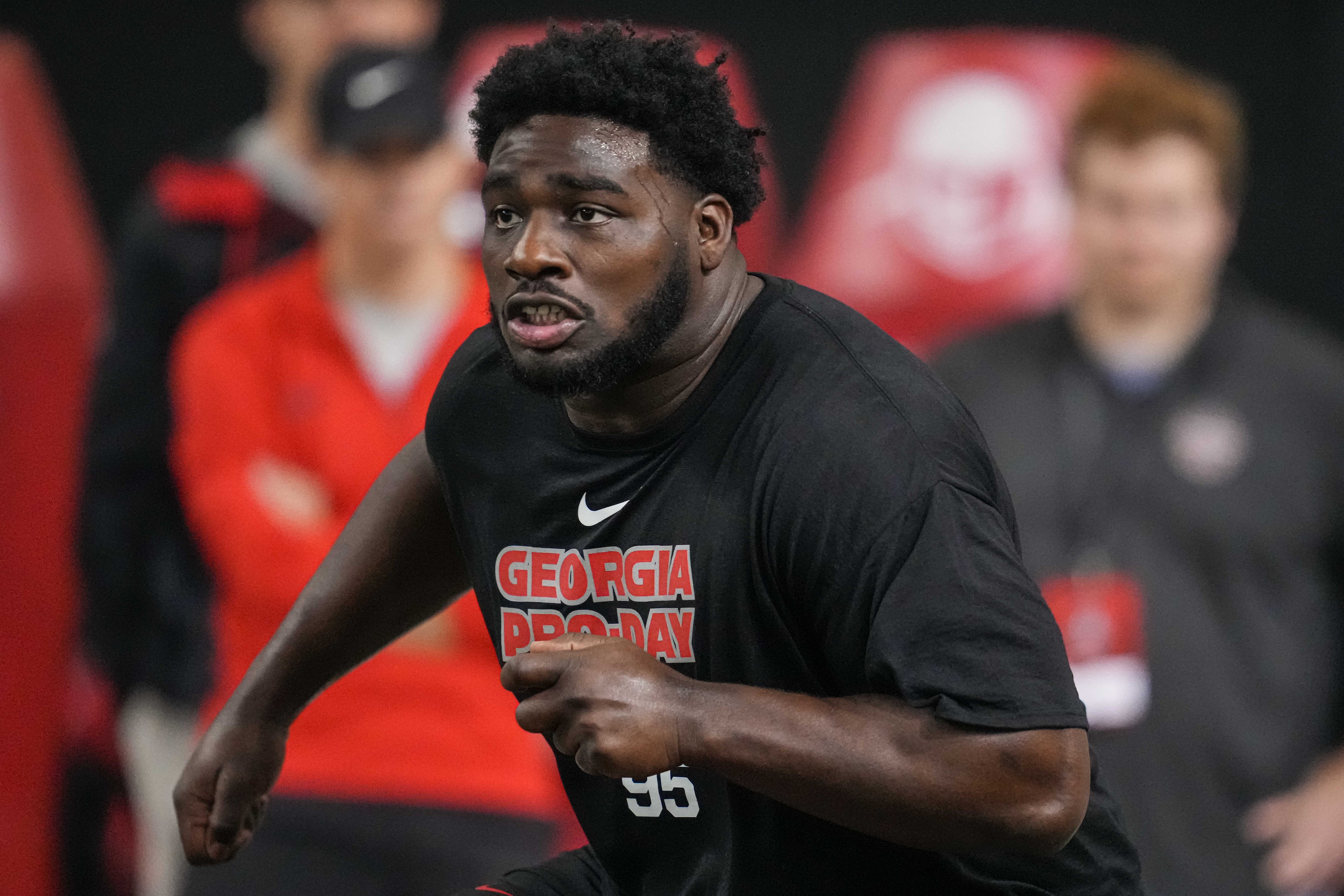 Speaking from the Baltimore Ravens’ way of doing things, Jeremiah made it clear that Philadelphia should focus on nabbing the best player on the board.

The defensive line, you’ve got some depth there, but you also have age. So if there’s a rusher or a defensive tackle that’s your highest-rated player, like a Devonte Wyatt, whether that’s a Jordan Davis or what have you for the interior guys.

I don’t think you’re going to see Jermaine Johnson. I think he’s going to be gone. But if you have the highest-rated player there, you could go there and then corner.
Again, I love Slay; he’s big time. I think Avonte Maddox has a nice role. But I think finding another corner, finding a safety, I just think they’re in a position the best thing they can do is just take the best available player. They’re going to have a place for him. 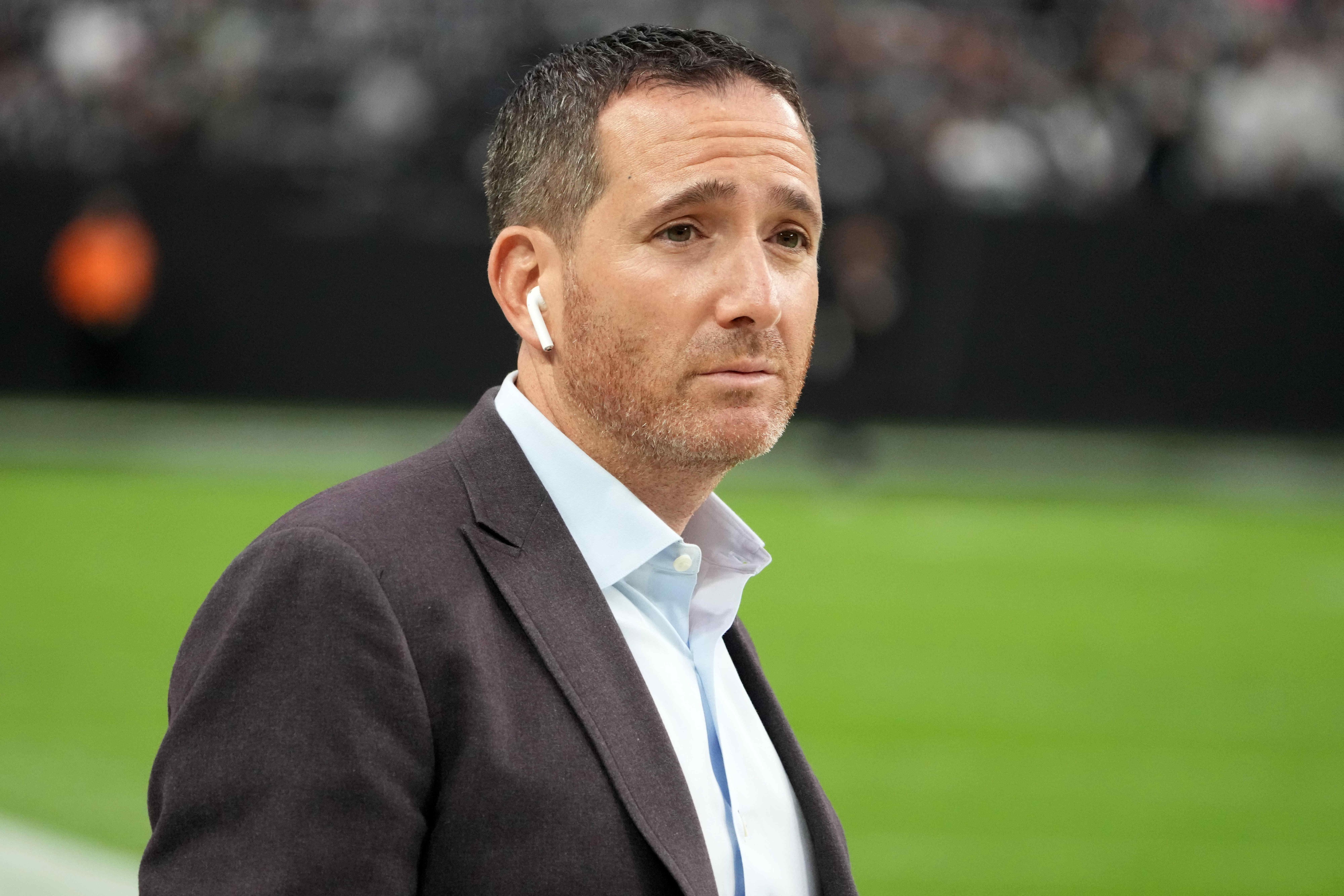 Teams have no problem moving picks, as Howie Roseman traded with the Saints and could make a move at No. 18 overall.

Jeremiah talked about the value in picks and the thought process that goes into potential trading down.

No, I think especially when you’re a team that’s got a chance to be a really good
team and you’re making the assumption that these are going to be late-first-round picks, I think if you looked at the difference between pick 28 on a yearly basis and the player you could get at pick 60, the odds probably aren ‘t all that different in terms of being able to hit.

So if I can take what I hope is going to be a late first-round pick and acquire a sure thing that I’ve seen apples to apples, I’ve seen him play well at this level against this competition, I know exactly what I’m buying, I think that’s smart. I think there’s something to that. 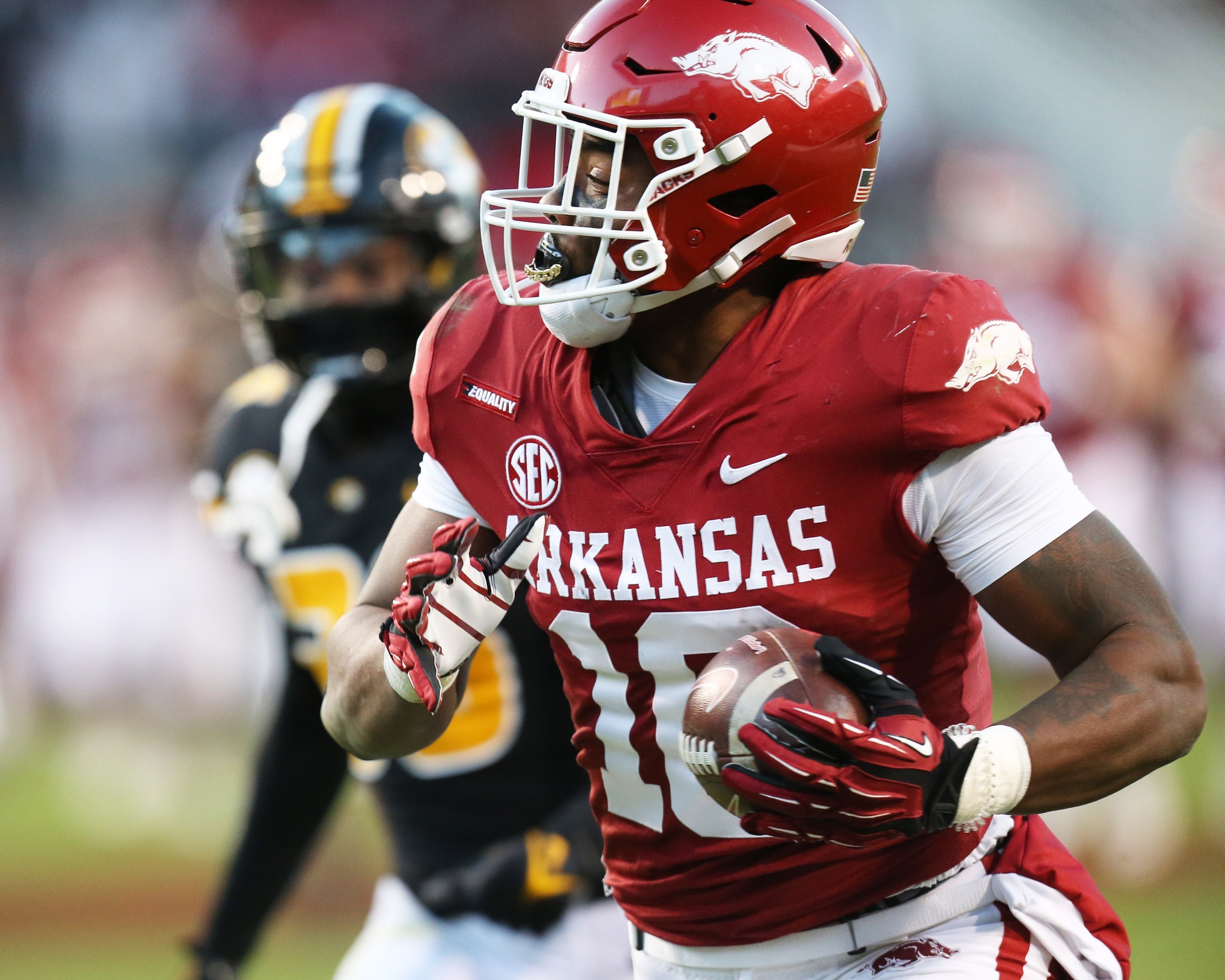 If Philadelphia really wants Deebo Samuel, why not just draft Arkansas’s Treylon Burks and develop the wide receiver yourself?

This is what Jeremiah had to say about Burks.

I really like Treylon Burks. He’s a stud. He reminds me more of AJ Brown probably more than Deebo. Maybe like Deebo from the standpoint you can put him in the backfield and pitch him the ball and do some of those things, but kind of a different urgency to him. I think Deebo had a little more explosiveness initially, suddenness we say, and I’d say there’s a little more buildup there with Treylon Burks.

But I think the versatility to play in a couple of different spots exists. To me the most Deebo-like player, and it would definitely be Deebo-like, he’s not the same talent, but Velus Jones from Tennessee is kind of that guy that’s really, really sturdy and strong and explosive, like real, real, real fast, somebody on jet sweeps, you see it in the kick return game with him, as well. Just get him the ball and let him go. 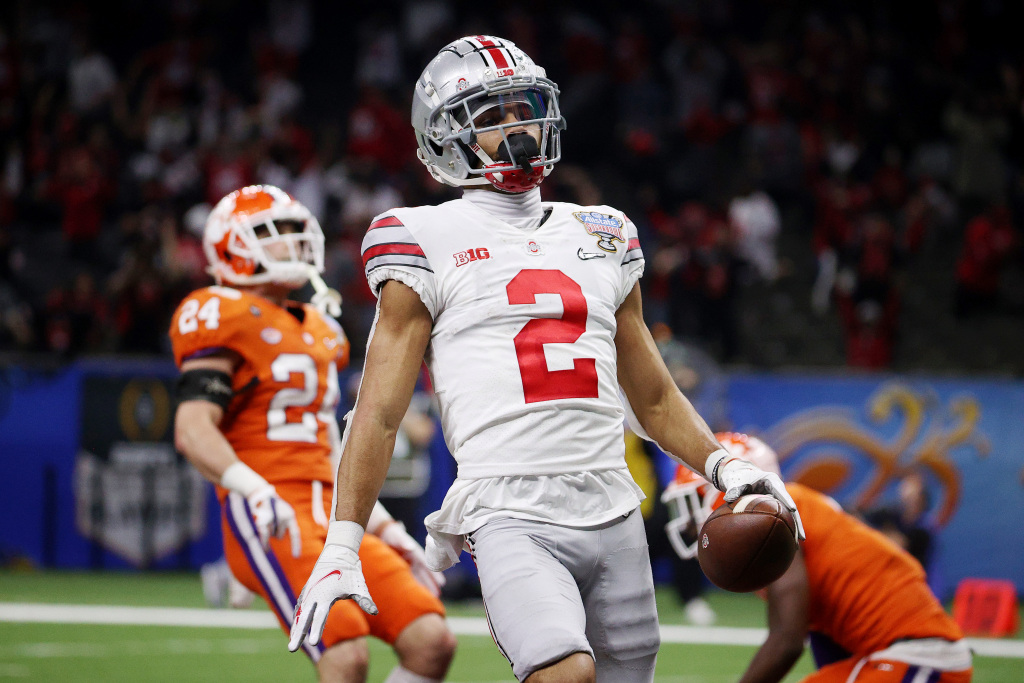 Olave to Philadelphia is one of the most consistent moves you’ll find in mock drafts around the league and as teams prepare to retool their passing games, Jeremiah believes the former Ohio State star and the Eagles make the most sense.

For Olave, I’ll go with the Philadelphia Eagles. They go back to the wide receiver well
for the third year in a row. They’ve got two cracks at it, so I up my odds from that standpoint. But I would say I like him with Philadelphia.

Yeah, he’s a fun player to study. I think the reason why you see him married with so
many different teams in all these mock drafts is that he fits. He’s a silky smooth route runner who can do so many different things. He tracks the ball really, really well. He’s incredibly smart. Their coaches down there rave about him. They love him. He just needs to get a little bit stronger. That’s kind of the one knock on Chris.

7 Jeremiah on Georgia DT’s fitting with the Eagles 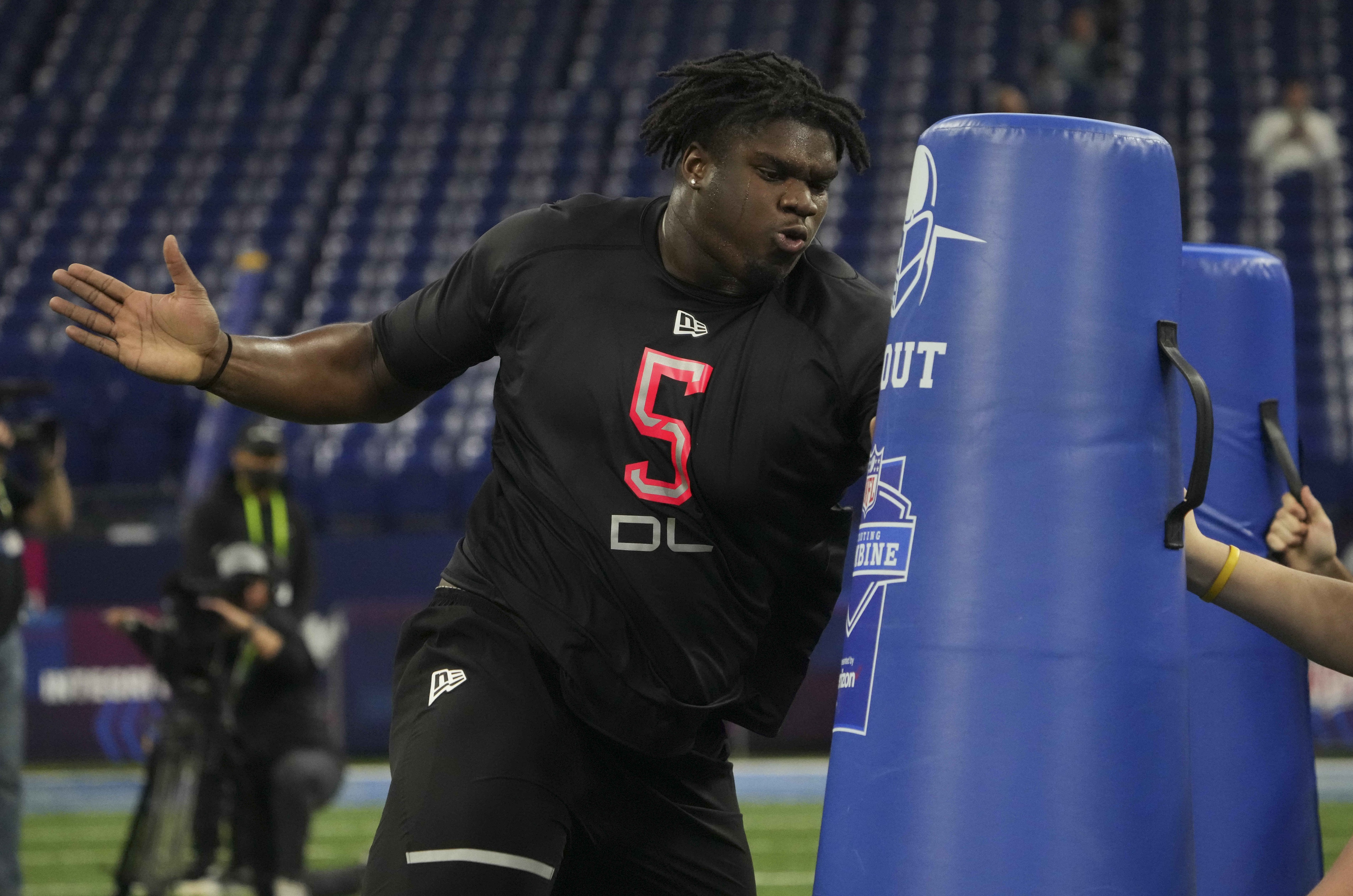 Fletcher Cox is on a year-to-year basis with Philadelphia and Georgia offering dynamic prospects that could fi what the Eagles want to do on defense.

Jeremiah gave some insight into how Jordan Davis or Devonte Wyatt would fit with Jonathan Gannon.

Jordan Davis, a lot has been made about the playtime and not playing on 3rd downs, but when you
dig in and look at all the numbers, when you see him and Devonte Wyatt, they’ve got a player in Jalen Carter who’s probably going to be a top-5, top-10 pick next year, these guys just kind of all roll through. They had a bunch of guys that they could play in there, Travon Walker among them. I don’t care about that. I just know that Jordan Davis, he’s a freak. To be that big and that athletic and to make that many plays on the other side of the line of scrimmage is impressive. Devonte Wyatt is even a little bit more explosive.

I think either one of those guys would fit what they want to do. They read a little bit more upfront than they did in the previous coaching staff. They don’t just let them just pin their ears back and go.