The 2022 NFL draft kicks off in one month, where the Chicago Bears will be looking to address some important needs with some limited draft capital.

New Bears general manager Ryan Poles will have just six draft picks to fill some big needs at wide receiver, offensive line, defensive back and other positions of need.

But Chicago doesn’t have a first-round selection – after trading it to move up to select quarterback Justin Fields last year. Although they do have two picks in the second round and three in the top 71.

With the NFL draft just around the corner, Pro Football Focus’ Anthony Treash unveiled his new two-round mock draft. For the Bears, that included a surprise trade up into the first round to land Fields a weapon.

The Bears stressed the importance of building around Fields both in pass protection and surrounding him with playmakers. PFF believes Poles will do just that by trading into the first round to land Fields ‘former college teammate wide receiver Chris Olave with the Eagles’ 16th overall pick.

The potential of reuniting Fields and Olave could tempt Ryan Poles into trading back into the first round. For the Eagles, it makes sense to stock up on draft capital for next year, as there’s a possibility they could be in the quarterback market.

The Ohio State receiver has the wheels to be a deep threat at the next level and is one of the more refined route-runners in the class. He won’t offer plus value after the catch, but he doesn’t need to be a YAC specialist to help spark Chicago’s explosive play rate.

The wide receiver group is a deep one, and Poles said there are plenty of options on Day 2. He’s also stressed the importance of building through the draft, which has indicated a conservative approach. But if Olave were to start falling in the first round, could we see Poles make the leap into the first round to land a top receiver? 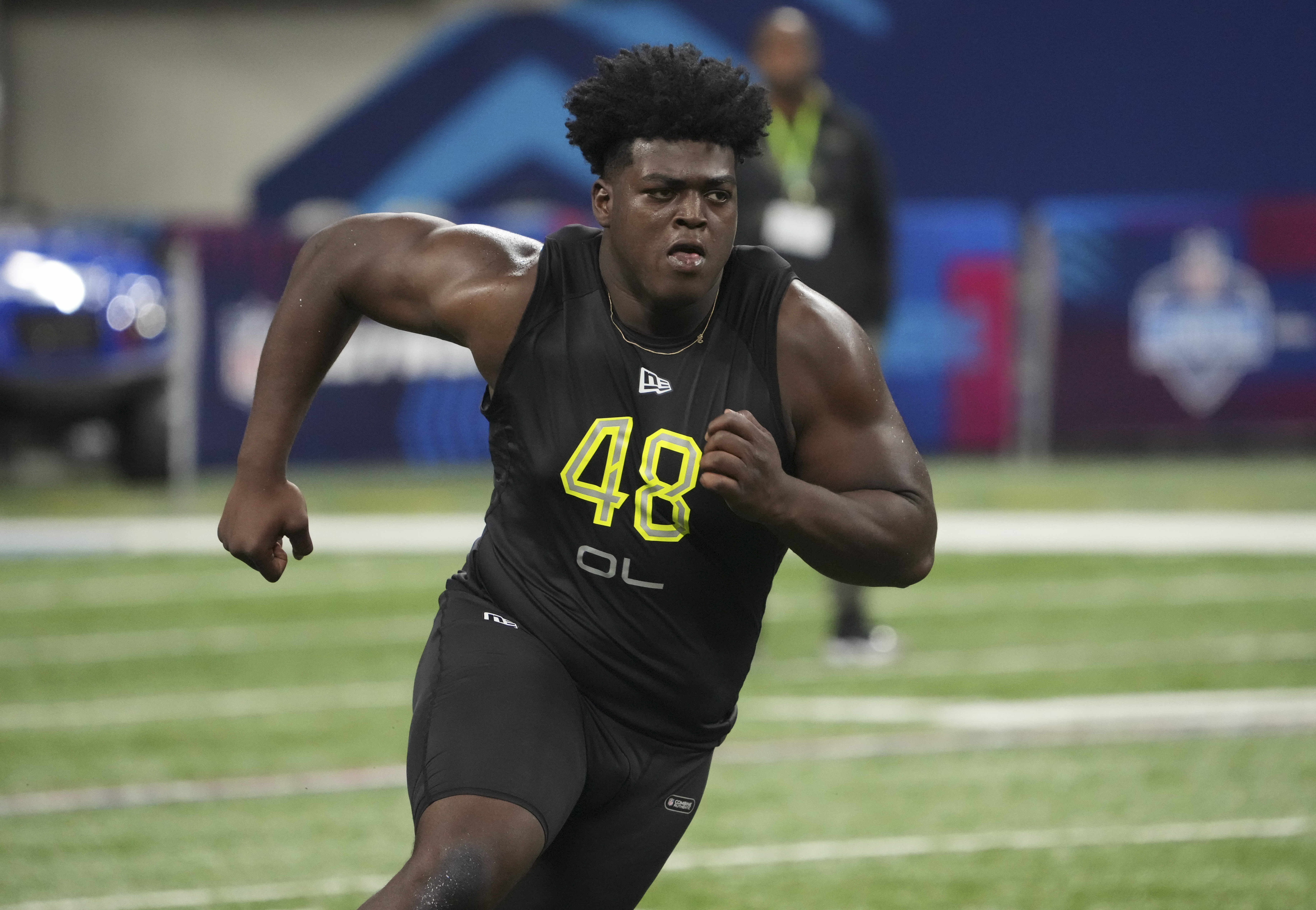 In this mock draft, the Bears retained both second-round picks, which allow them to target two additional needs. There are a slew of needs on the offensive line, but PFF has Chicago drafting Tulsa tackle Tyler Smith with the 39th overall selection.

Arguably the most violent offensive lineman at the Group of Five level, Smith led the nation in big-time run-blocks a season ago. His grip strength and power are a sight to see – once his hands get locked into the defender’s pads, it’s game over.

He may not be as developed as the Bears would like, but this would be a quality fit and promising developmental piece to their revamped offensive line, regardless of whether he fits in at guard or tackle.

Chicago has concerns both at guard and tackle, and you have to figure what Poles decides to do here will show how confident – or not – he is in Teven Jenkins or Larry Borom to serve as left tackle. There’s no doubt going to be some shuffling along the offensive line, where Lucas Patrick and Cody Whitehair appear the only locks at center and left guard, respectively. 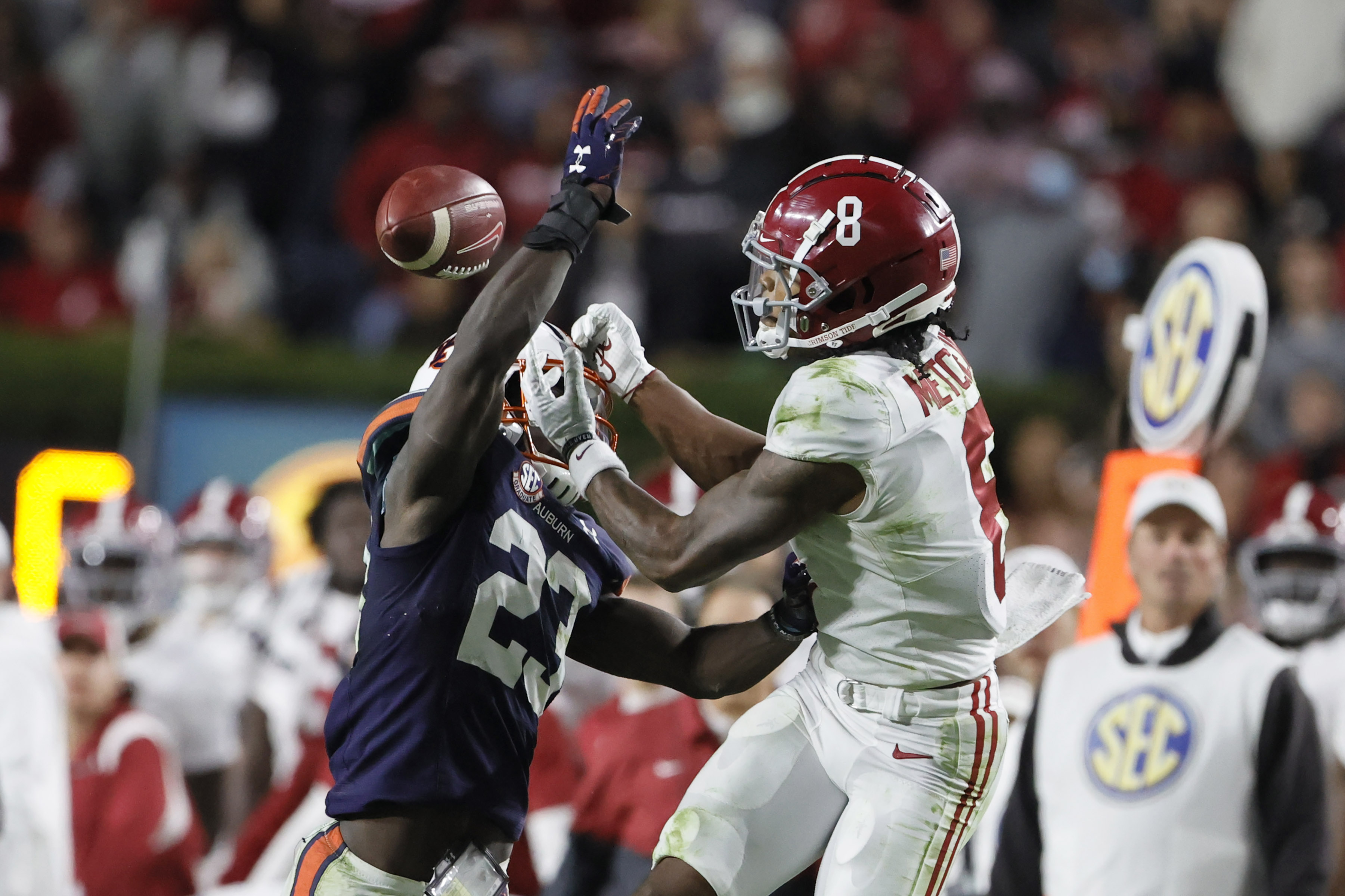 While the Bears have some big offensive concerns, there are also questions on defense, including at cornerback. Chicago needs a starter opposite Jaylon Johnson, and PFF believes they’ll find it in Auburn cornerback Roger McCreary with the 48th overall selection.

McCreary’s lack of length and underwhelming athletic testing numbers have sunk his draft stock. The Auburn corner checked in with 28 7/8-inch arms, which would be the shortest among all outside cornerbacks in the NFL right now. Whichever team takes him will likely try him in the slot – where he has played just 105 career snaps – as a result. But I think he deserves a shot on the outside where he dominated in the SEC.

The good with McCreary is that he is an advanced corner prospect from a technique standpoint and has proven elite collegiate production.

Cornerback was the Bears’ biggest area of ​​weakness last season, and the hope is that won’t be the case heading into 2022. Right now, the projected starters on the outside are Johnson and second-year cornerback Thomas Graham Jr., who flashed in his brief stint at the end of his rookies season. Chicago found Johnson in the second round a couple of years ago. Perhaps they can do the same again.