During the offseason, we’ve covered Tennessee Titans picks in multiple mock drafts from NFL.com’s Chad Reuter, and often we haven’t been a fan of who he’s pegged to the team.

But Reuter has one more chance before the 2022 NFL draft to win us over after a recent seven-round mock draft he did, which we’re going to take a look at now.

Right from the jump, we love that trade, as it nets Tennessee an extra top-100 pick while not moving them too far back from their first selection.

But did Reuter do right by the Titans with the picks themselves? We’ll share each of Reuter’s picks, as well as some analysis and a grade for each, and then we’ll grade the entire haul at the end.

Reuter: “Tennessee needs bodies at tight end. McBride would serve as a solid safety valve for Ryan Tannehill and a strong blocker for Derrick Henry from an H-back spot or on the line. That he only scored two touchdowns at Colorado State last year (one on a fake punt) wasn’t due to a deficiency in his game, but rather a product of the team’s run-based scheme. He’ll have no trouble finding the end zone on Sundays. ”

Analysis: McBride is the best tight end in the draft and would no doubt provide an upgrade to the passing game, but the Titans haven’t used their tight ends enough through the air in recent years to warrant taking one this high. I would have preferred wide receiver Treylon Burks, who was still available in this spot. 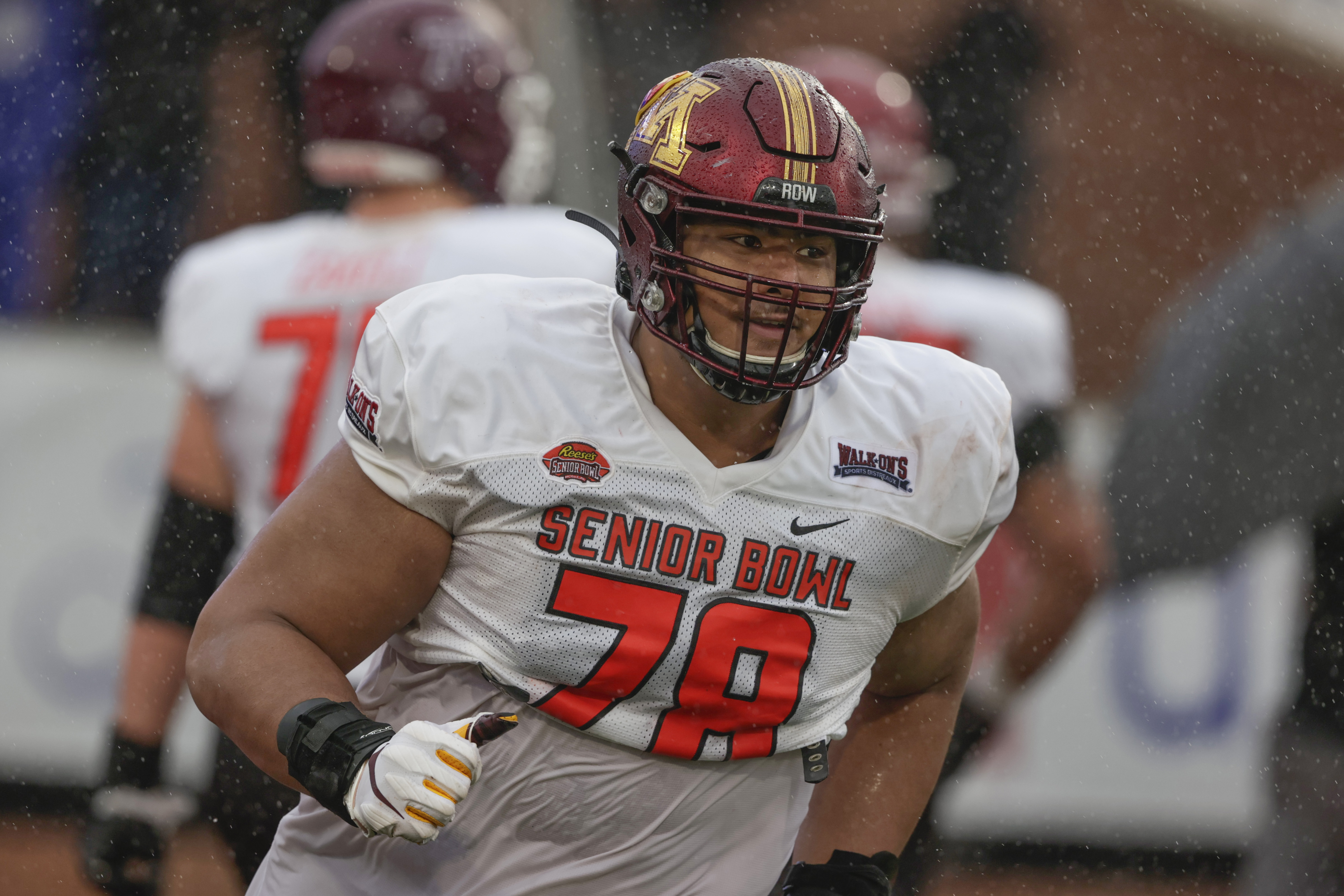 Analysis: This is a good pick that addresses a need upfront. Faalele can compete at right tackle in 2022 and provides a potential long-term solution at the position. This would also allow Dillon Radunz to slide inside, where some project he will ultimately end up. 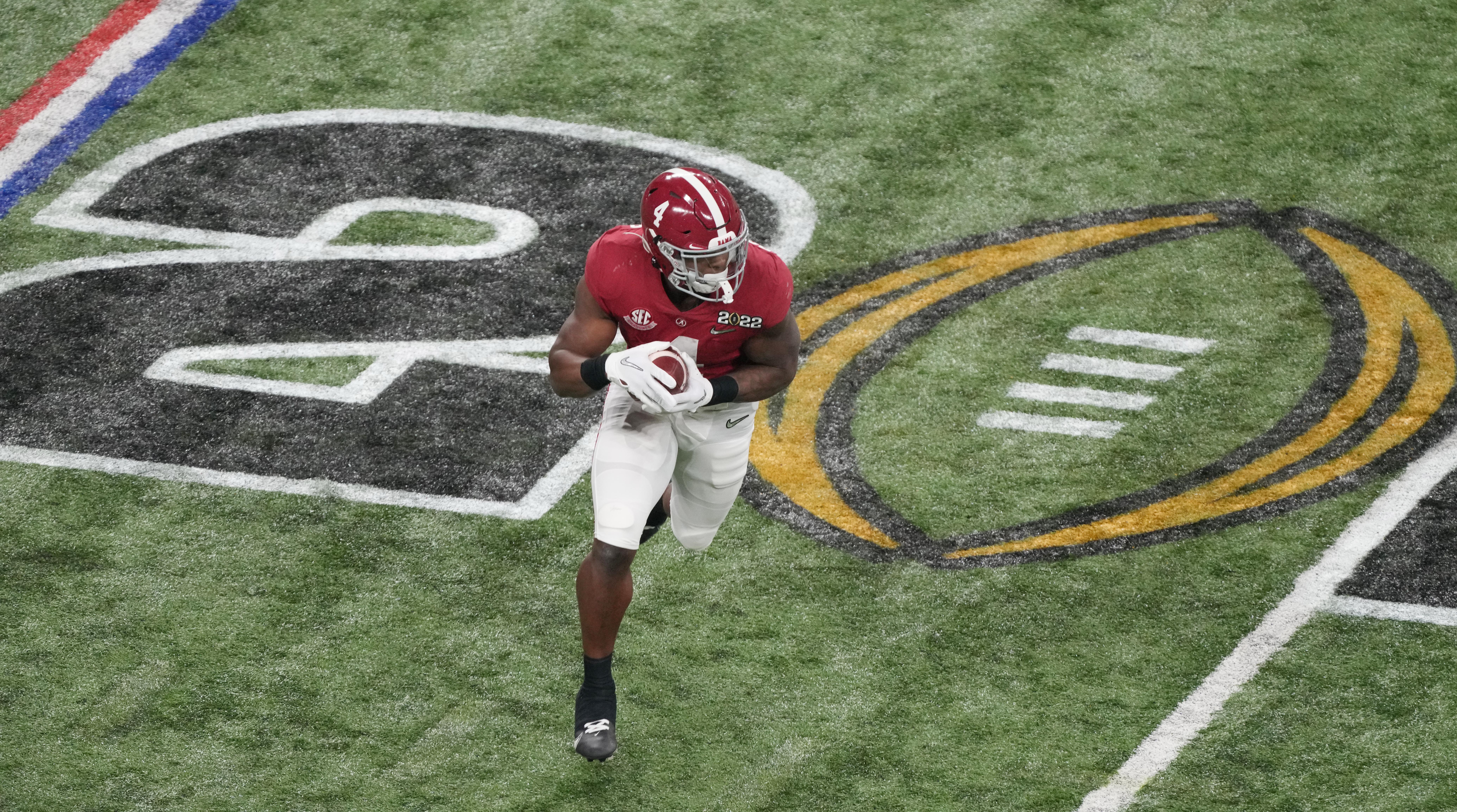 Analysis: This grade has nothing to do with the player but rather the Titans bypassing other major needs. Until I see Derrick Henry’s decline, I’m not a fan of taking a back this early, and especially one that doesn’t figure to help the team’s need for a third-down pass-catcher. 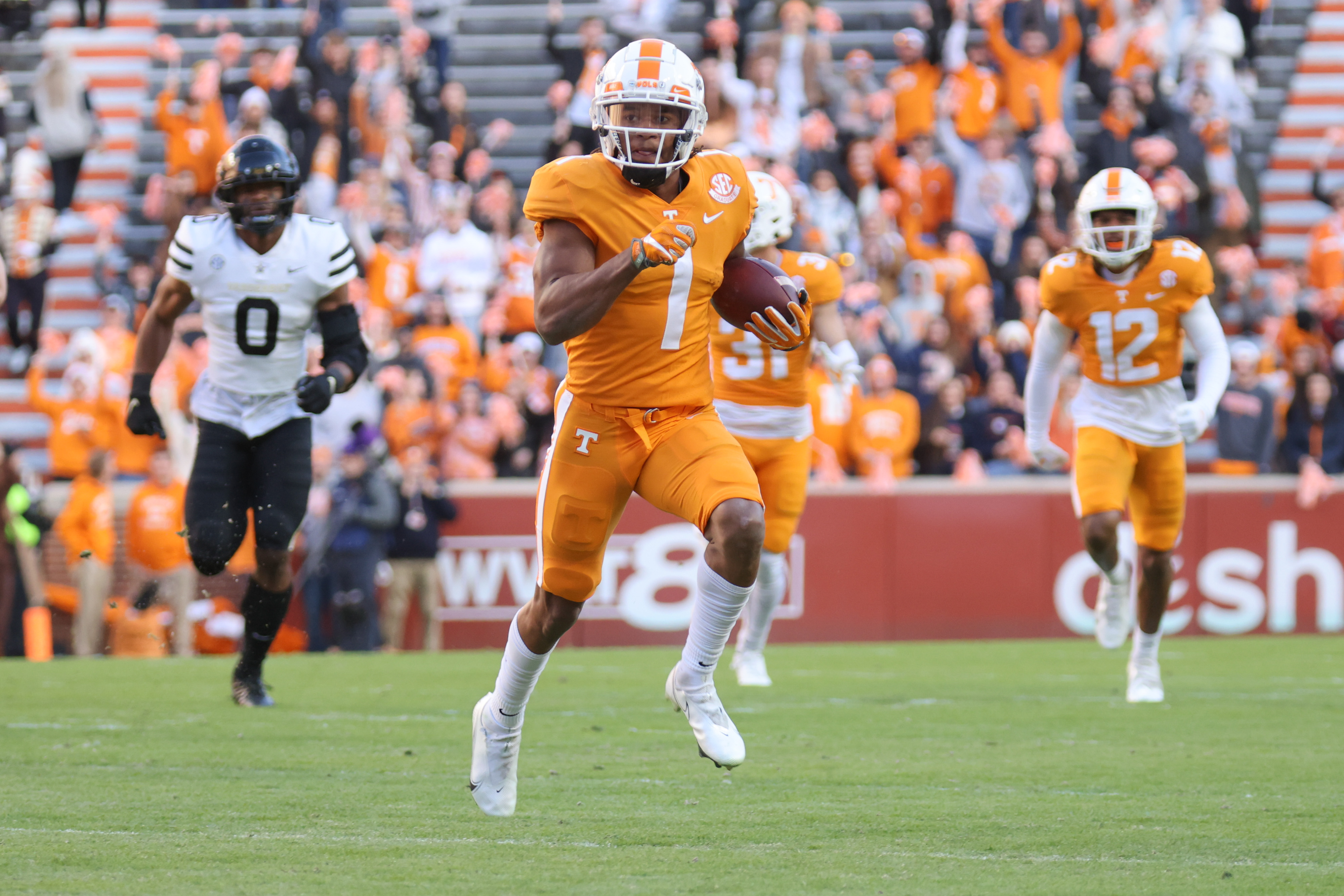 Analysis: Finally, the Titans address their need at wide receiver, and getting Jones Jr. in the fourth round is pretty good value. He can be a deep threat, has big-play ability after the catch, works from the slot, and can contribute in the return game. This pick would get a higher grade if it were the second of two receiver selections. 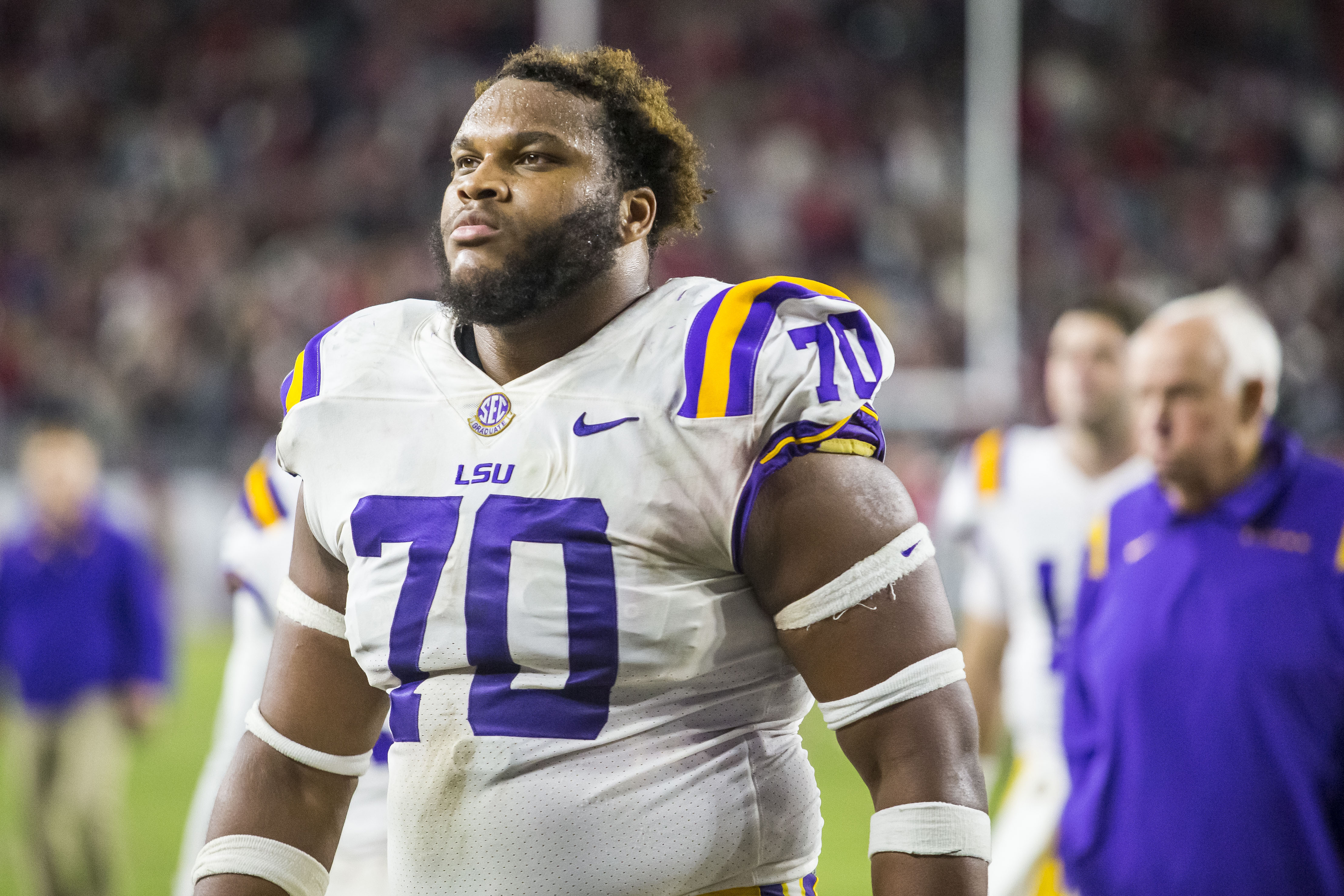 Analysis: Ingram is a solid mid-round find, although I’d prefer the Titans address guard earlier on than this. That said, Ingram has the versatility to play guard or tackle, although he projects to be the latter at the next level. Ingram should develop into a starter, but even if he doesn’t become one right away or at all, he’d be a valuable backup thanks to his versatility. 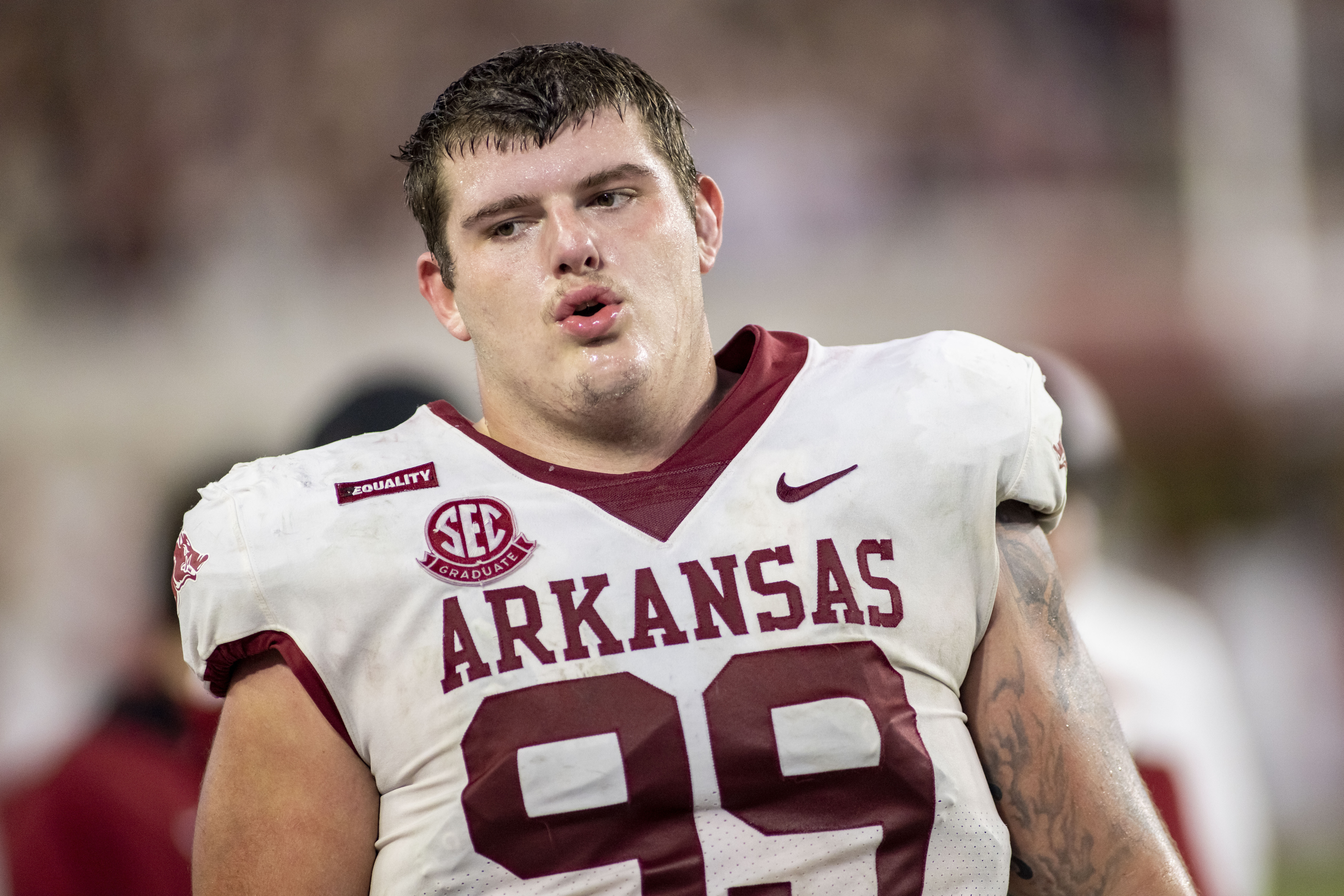 Analysis: The Titans are pretty stocked upfront defensively, but I don’t mind taking a swing on any defensive position this late in the draft as long as the biggest needs are addressed. There’s no denying Ridgeway’s potential as an early-down run-stopper who could battle for a starting role right away. Only problem in Tennessee is he’d have a tough time passing Naquan Jones and Teair Tart, both of whom could be long-term starters for the Titans. 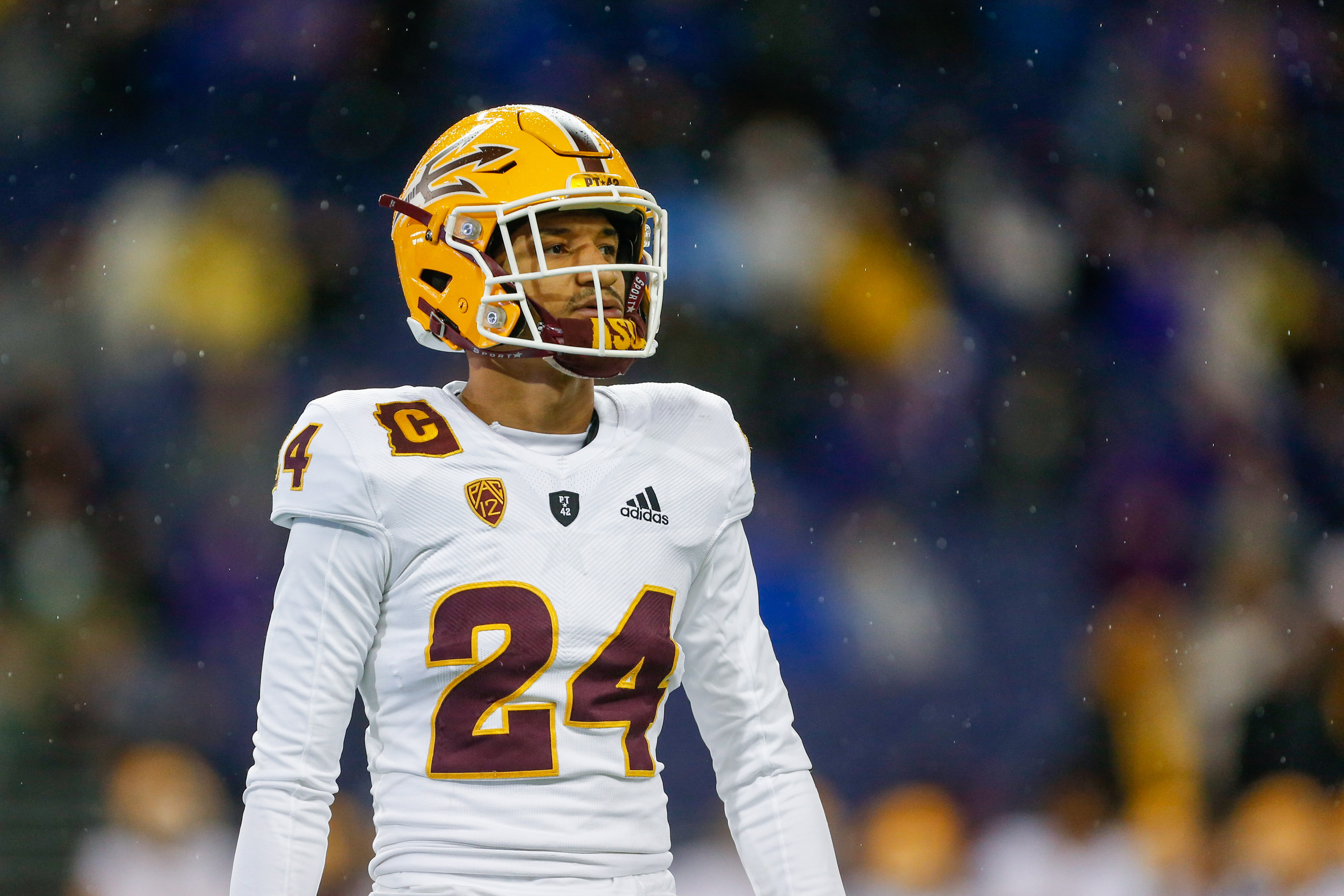 Analysis: Lucas, who could be one of the potential insurance policies for Caleb Farley, can play inside or out but projects as more of a boundary corner at the next level. He also excels in man coverage and offers more value as a potential returner.

Overall grade for Reuter’s mock: B- 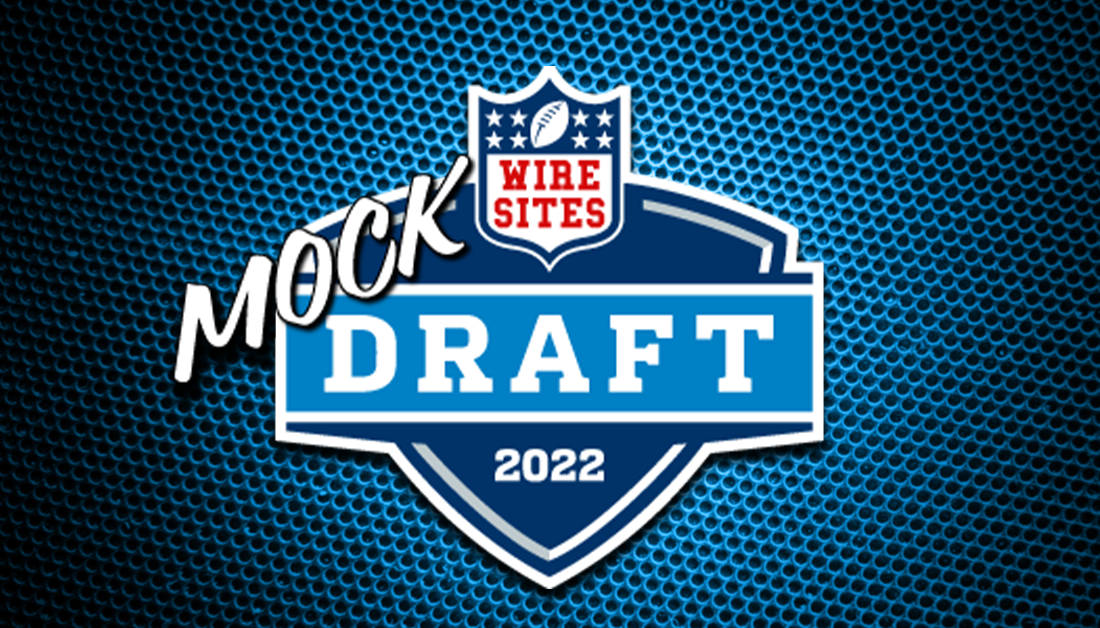 If we’re talking just about filling needs, Reuter gets the job done here.

He adds a tight end, tackle, guard, and wide receiver, while also making some depth additions on defense. Where he runs into an issue is his prioritizing a tight end over wide receiver in Round 1.

Ideally, the Titans go for a wide receiver and guard in any order with their first two picks, and then hit tackle and tight end, preferably in that order.

Reuter’s biggest blunder is the running back pick, which comes far too early for my liking and does nothing to address Tennessee’s need for an explosive, pass-catching back. The Titans should wait until late in the draft if they take a back at all.

With all that said, this was by far the best group of picks Reuter has made for the Titans in any of his mocks this offseason. Talk about going out on a high note.