Insiders, we’ve got another entry-level contract to announce!

The Kings have signed forward Francesco Pinelli to a three-year, entry-level contract, which is set to begin with the 2022-23 season. Pinelli’s contract comes on his 19th birthday, with his OHL team, the Kitchener Rangers, on the verge of clinching a playoff spot. The team’s second-round selection in 2021 has collected 58 points (22-36-58) from 53 games played this season with OHL-Kitchener, third-most on his team as one of three players at or over a point-per-game .

Pinelli was named as the captain of the Rangers this season as an 18-year-old, just his second at the OHL level. The Stoney Creek, ONT native spent his draft year playing overseas in Slovenia, with Jesenice of the Alps League, collecting 11 points (5-6-11) from 13 games played. His head coach, Mike McKenzie, praised Pinelli’s maturity, poise and habits as his style of leadership, setting a great example for others to follow. More on Pinelli’s leadership and transition to being a captain at the OHL level HERE from earlier this season.

Pinelli’s deal is set to begin in the fall, with the 2022-23 season. With his age, Pinelli is not eligible to play in the American Hockey League next season and thus is only eligible for either the National Hockey League or the Ontario Hockey League. Thus, he’ll attend training camp with either an NHL or OHL target, with his contract sliding back to the 2023-24 season should he play again in the OHL.

That’s for down the line though. Pinelli is one of several exciting forward prospects in the system, with Top-6 upside from his crafty, playmaking and puck handling abilities.

Kings director of Scouting Mark Yannetti on Pinelli
Here’s a guy who was projected to go in the Top 15, 20 by multiple lists, and we started to see him fall, we started to formulate a plan to get up to him. There’s a guy who is a higher-skill guy, his skill is always thought of as higher-level… if he can address his deficiencies, you’re penciling in a Top-6 winger, if not better. He would slot in slightly under Kaliyev, who we have the benefit of a couple of years of information. He’s a playmaker, he’s slightly different in how he does it, but in terms of his tools, he would slot in at the higher-end of our prospects.

Kitchener Head Coach Mike McKenzie on Pinelli
Pinelli is leaps and bounds ahead of where he was when he was last with us and his game is much more mature, especially on the defensive side of the puck. He’s much more responsible. From the offensive side, he’s pretty dynamic and pretty tough to stop when he’s on his game. He does some special things with the puck and makes some special plays to show his skill and hockey sense. He’s definitely come a long way since he was 16, but we knew he had that ability and we’re not surprised by it to be honest.

The LA Kings have signed forward Francesco Pinelli to a three-year entry-level contract worth an average annual value (AAV) of $ 867,500. The contract will go into effect at the start of the 2022-23 season.

The 6-1, 190-pound forward played one season in Slovenia during the 2020-21 season due to the OHL shutdown because of the COVID-19 pandemic. He appeared in 13 games with HDD Jesenice, posting 11 points (5-6 = 11) and a plus-4 rating. In the postseason, he scored one goal in two games to help capture the Slovenia Championship.

Photo by Will Navarro / NHLI via Getty Images 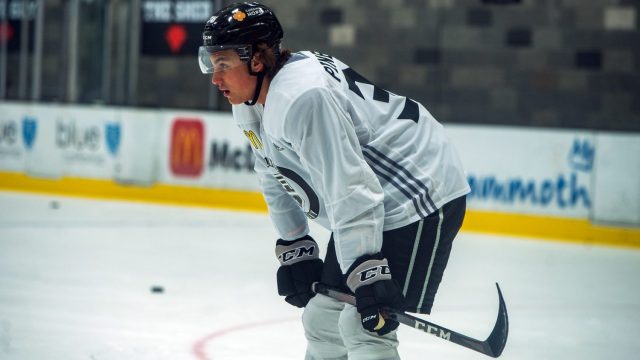 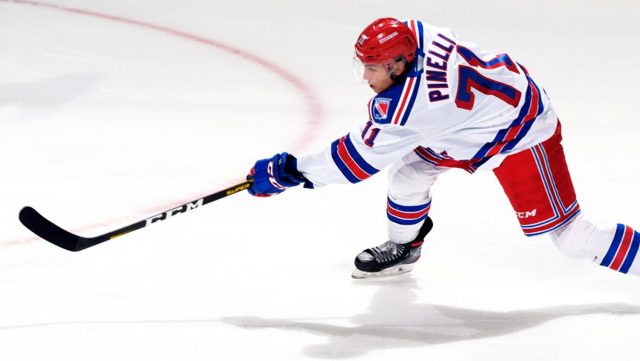