For 36 minutes I was in the ring with Tyson Fury, going toe-to-toe with what some consider the best heavyweight boxer today. When I landed shots that opened a cut in the third round that night in 2019, there was a chance the doctor on-hand could have ended it early. But he persevered in the back half of that fight, stepping up his aggressiveness and pace and winning the bout by decision.

Fury has since gone on to defeat Deontay Wilder two times in a row and on Saturday will look to defend his WBC heavyweight title belt against fellow Brit Dillian Whyte. Fury – at 6-foot-7 and 278 pounds – moves and boxes unlike anyone else in the sport for a man that size. His intelligence and confidence also helps him in the ring, as his strategy against myself, Whyte or Wilder will all be different.

What makes Fury so special of a fighter and how will the game plan for this weekend’s fight in front of almost 100,000 fans at Wembley Stadium? Let’s break it all down.

Overall, his height and reach are the biggest things that stand out. And even though he’s so big and heavy, he moves really well. He has good footwork and good upper body movement and defense. He’s smart, too, and an experienced fighter.

Fury knows how to pick shots for all 12 rounds. I feel like Whyte is kind of the perfect style for Fury because he can outbox him. Fury has to be awkward and he use his feints a lot in this matchup.

Fury is very good at using his size to his advantage. He uses a lot of feints and he has really long arms, so when he’s feinting you get a reaction and then people don’t know, with his reach, where shots are coming from. So when he’s feinting, it kind of throws people off a little bit.

He’s also very awkward and likes to stay on the outside. If you let him get comfortable he will be dancing. He will be putting his hands behind his back to play mind games with the opponent. When I fought him it was part of the game plan to take that away. I did so by being aggressive and I stayed on him so he couldn’t be comfortable and dance, jab and feint as much.

Leaning on his opponents

He does it and it really works for him because he’s so tall and heavy. He’s taller than everyone, so when his opponents come in, he has to lean over them and push them down. That’s a tactic that the Klitschkos used a lot. Any time somebody would get close to them, they would tie them up and lean on them and tire them out. When Fury fought Wladimir Klitschko, he tried to do the same thing. He didn’t let Klitschko lean on him. It was very tiring when he did it to me. The guy is 270 pounds and all you’re doing is trying to stand up straight.

I wouldn’t say that he has one-punch knockout power because he hasn’t really knocked anyone out in a long time like that. But he throws a lot of punches for 12 rounds. And he’s a big guy and heavy. So of course he has power. He doesn’t have crazy power like Deontay Wilder, or even Joshua. But it’s more steady. He throws good combinations that will break you down over time.

It doesn’t mean that he’s underestimating his opponent. I think he takes every opponent very seriously, actually. He can have a kind of nervous style sometimes where he’s feinting and twitching, but that’s part of his game. I think it shows that he always performs. He’s ready to perform and is very confident. He knows what he’s good at and how to use his strengths: his size and footwork.

He’s really fast for a guy that big. Defense is his footwork, his upper body movement and sometimes his offense is defense, too. That was really his defense against Wilder these last two fights. He took it to him and that made it much easier against Wilder. That was the perfect setup for him.

Fury’s footwork, his hand speed, his jab and his feints are very important. His feints will make you think before throwing punches. The feints will make it harder for you to set up your punches because you are forced to react to the feints. You don’t know if a punch is coming at you or not.

When Fury’s feinting, you have to react to that. On the outside he’s always a moving target. He’s never a sitting duck. My father always used to say that if you go out hunting for birds, it’s much easier just to shoot a bird that sits still in the trees rather than flying around. That’s what he’s good at. He does what he’s good at. He’s always moving and feinting. 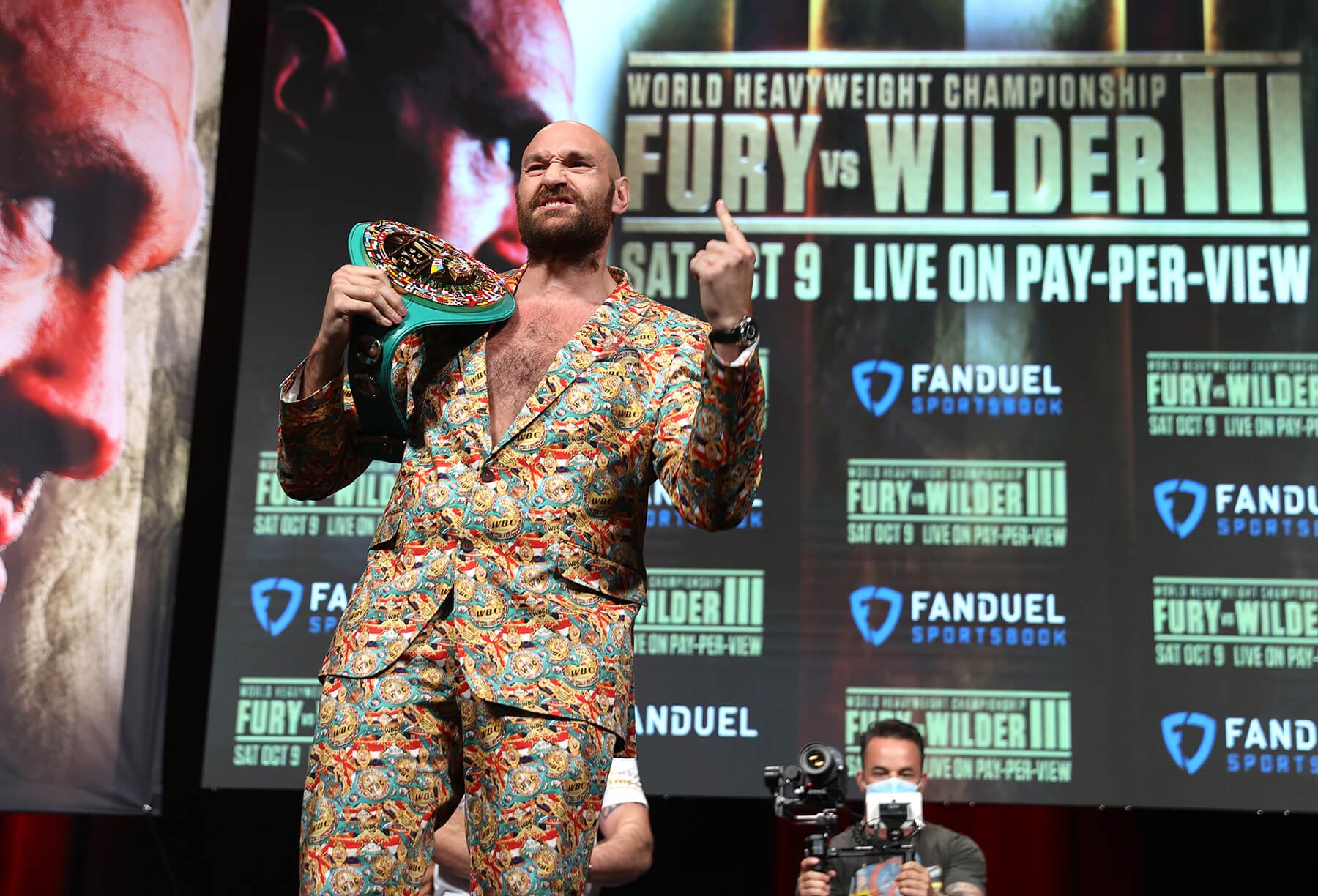 Tyson Fury’s confidence is what seperates him from other top heavyweights. (Photo by Mikey Williams / Top Rank Inc via Getty Images)

Whyte and Wilder are totally different fighters. Wilder has amazing power, but he wasn’t a really good inside fighter. And I’ve been saying for some time that I felt like somebody was going to come in and run Wilder over. That’s what Fury did. He figured out how to beat him. That was the game plan for that fight.

Whyte, however, is heavier than Wilder, has better defense and is better on the inside. So that’s why it’s going to be really interesting to see if Fury is going to keep being as aggressive as he has been with Wilder in this fight, or if he is going to go back to just being a really good boxer and start boxing.

The best thing that he could do against Dillian is keep his distance because he has better reach and is quite a bit taller. Use your distance, use your reach, but still try to push him back. Dillian isn’t the best at going back, especially against Fury, because he’s so tall. How is he going to be able to counter if Fury is just too far out and he’s going back? So that will be the main thing, try to keep him off of you. Then, when he gets close, use your reach to stop him. The jab is going to be very important for Fury. It allows him to keep the distance.

People always say that’s the most important punch in boxing, especially for a guy like this. This is like Muhammad Ali versus Joe Frazier, with Muhammad Ali moving, jabbing and jabbing, trying to keep him off him.

If you keep hitting somebody with the jab, they can’t really set anything up. Dillian Whyte wants to come in with big punches. If he keeps getting hit with a jab, he’s not going to be able to come close to him.