Let’s go through some of our best (and worst) ideas for the Seahawks in regards to what they should do in the first round.

The most ambitious idea we could come up with is also our least favorite. Inspired by Pete Carroll’s revelation that the team has not directly addressed the contract situation for DK Metcalf, we came up with the only trade scenario we could possibly stomach involving Seattle’s superstar wide receiver. Under no circumstances should the Seahawks actually trade the best player on their team when he’s about to enter his prime. However, we’d be willing to consider this deal.

Let’s assume Metcalf’s people insist on $ 30 million per year and the Seahawks decide they just won’t do it. After all, they’ve never reset the market at wide receiver before and they just dealt away the two most-expensive pieces on their roster. On some level, it would make sense to cash in now on Metcalf’s peak value and not have to pay him a massive contract over the next five years.

Instead, they send him to the Jaguars straight up for the No. 1 overall pick in the draft. It makes sense for Jacksonville because they have a franchise QB already, a solid left tackle and a great running back room. All they’re missing is a true WR1 and Metcalf could fill that void as well as anyone.

Now armed with the top pick, Seattle could take a chance on a prospect they believe will be their next Russell Wilson – likely either Liberty’s Malik Willis or Cincinnati’s Desmond Ridder, who has the most buzz of any QB prospect in connection to the Seahawks.

It would be a reach either way. However, it gives them a chance to develop a new franchise QB on a rookie contract for the next five years. It also lets them find a replacement for Metcalf with the No. 9 overall pick.

For what it’s worth, USC’s Drake London and Arkansas’ Treylon Burks are close to Metcalf’s size and athletic profile. Picking a receiver at nine enables the Seahawks to control them at a reasonable price for five years – saving somewhere around $ 100 + million over that time-frame by not paying DK. 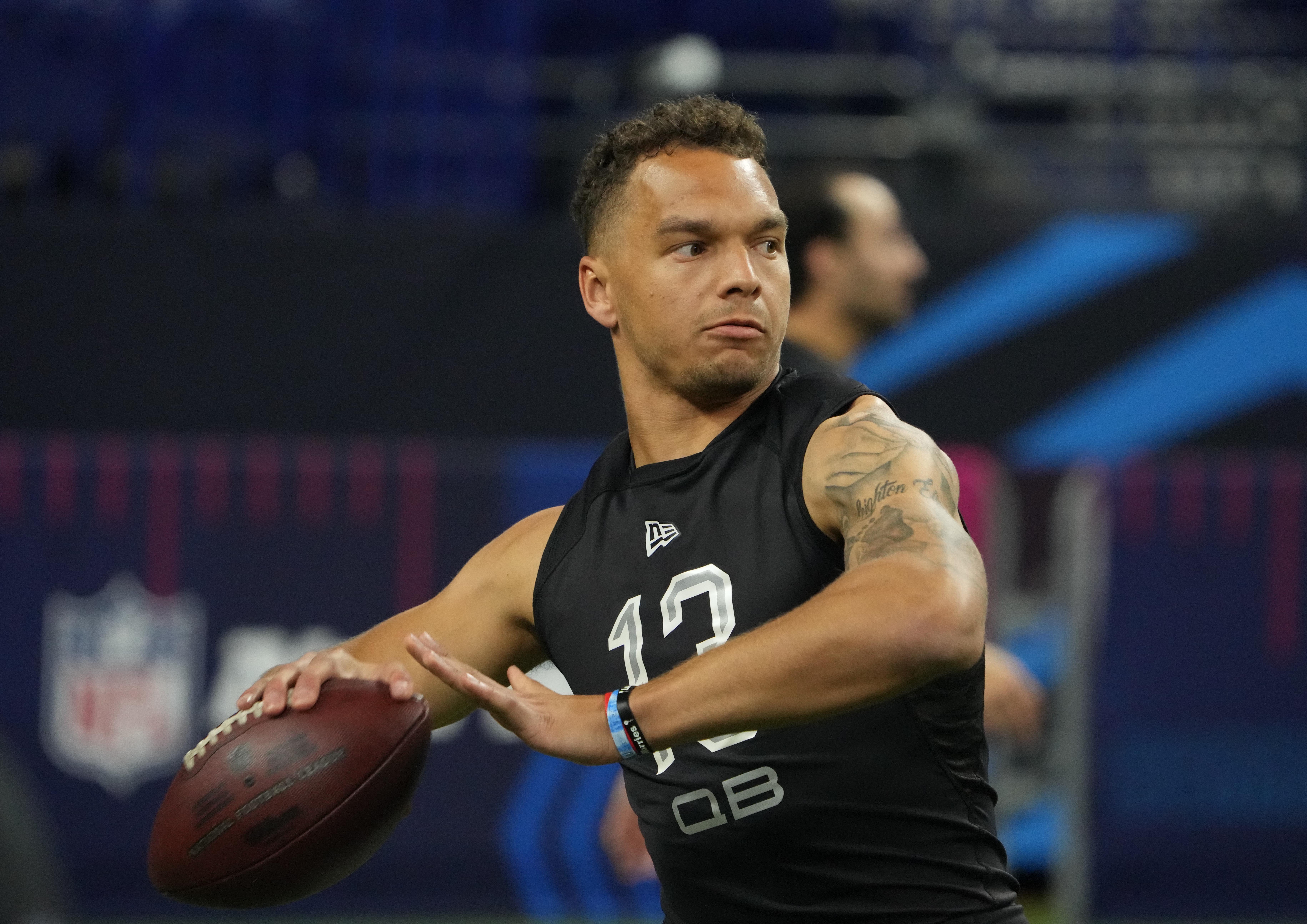 The Seahawks probably won’t need to move up to No. 1 overall in the first place if they’re really targetting a quarterback in round 1. Willis might be out of reach at No. 9 overall but Ridder should still be on the board, as will Pittsburgh’s Kenny Pickett, who is the most pro-ready QB in the class. If they decide to stay put and take their potential quarterback of the future, it will not solve all their problems but it will at least give them more options at their most-pressing roster need. 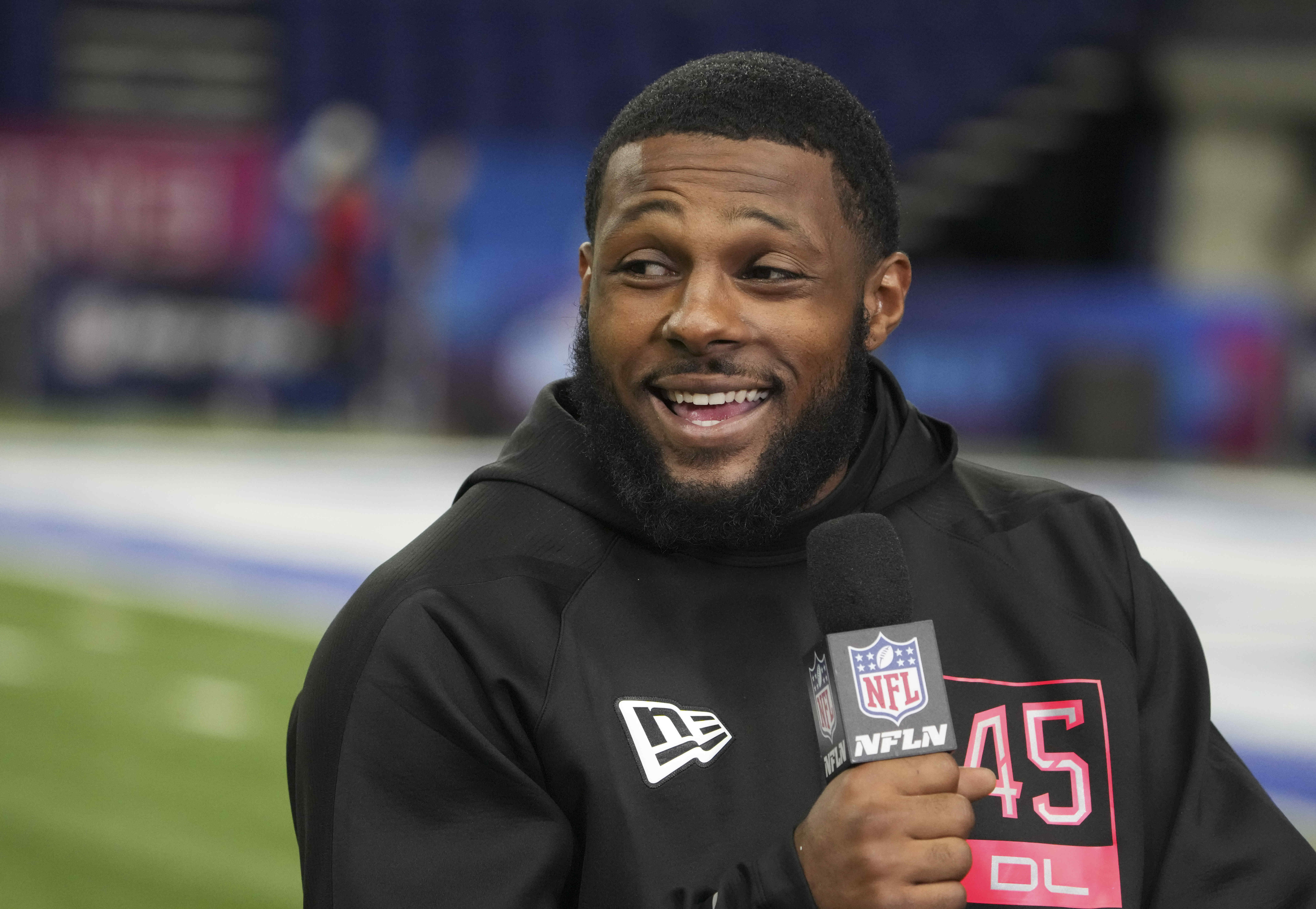 The edge position is supposed to be the deepest in this class. That’s a good thing for the Seahawks, who should have boosting their pass rush rotation at the top of their to-do-list on defense.

Given their depth of options, they can proably wait until Round 2 or Round 3 to address this spot. However, we certainly wouldn’t complain if they picked one right away, especially if Oregon’s Kayvon Thibodeaux is still on the board, or in the unlikely event that Georgia’s Travon Walker falls that far they should totally go for it.

3 Stay at No. 9, target the top OT still available 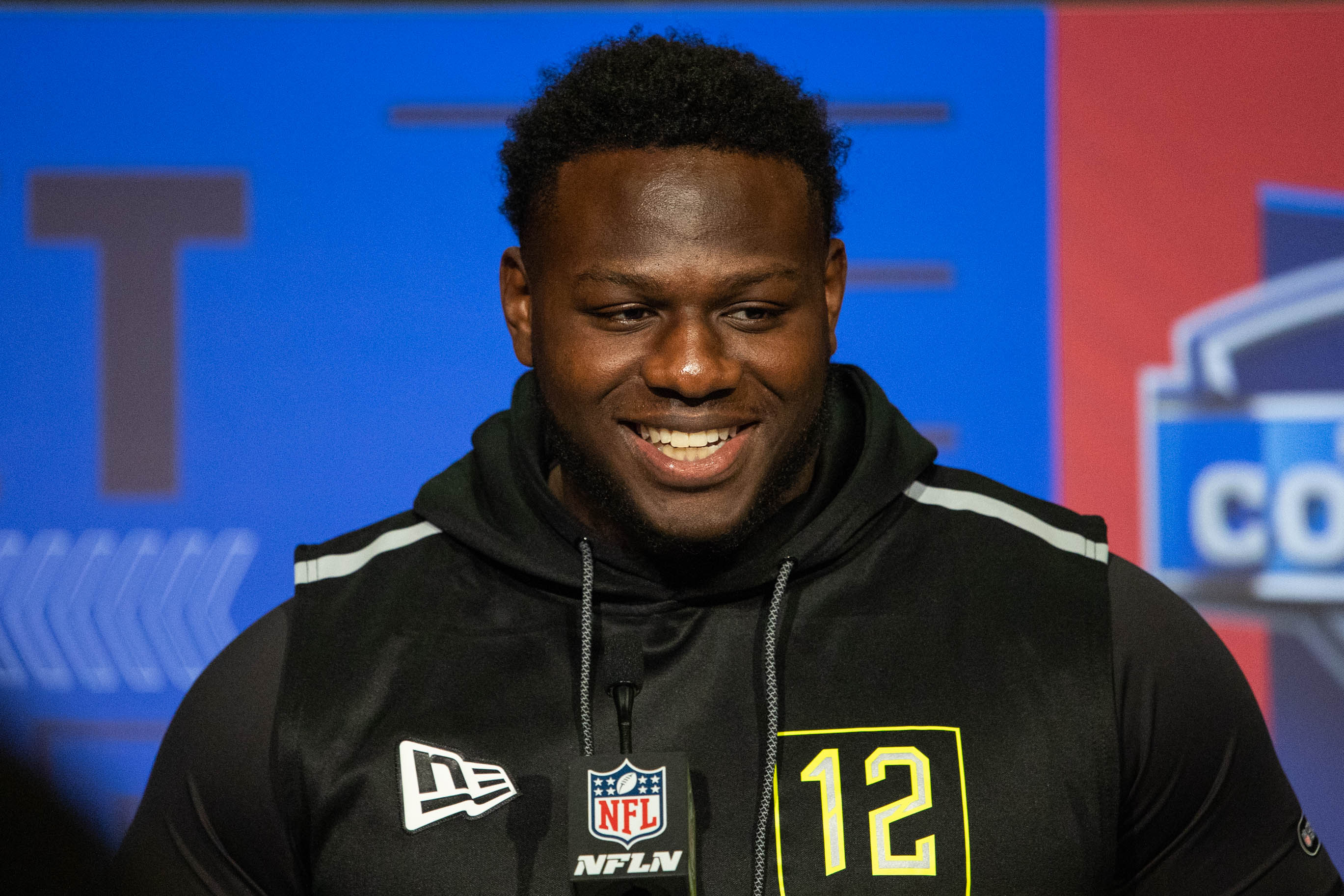 Seattle has perhaps the saddest recent history among NFL teams when it comes to evaluating and developing offensive line prospects. While a few decent names have come and gone over the years like Justin Britt and James Carpenter, the team has only drafted one Pro Bowl lineman in the entire Pete Carroll and John Schneider era.

That came with their first pick ever in the 2010 draft when they chose Russell Okung at No. 6 overall. To give themselves the best chance at finding a sure thing at left tackle, taking the best OT on the board is probably the safest move they can make in Round 1.

Alabama’s Evan Neal is easily the best OT prospect in this class and NC State’s Ickey Ekwonu is the best run blocker in the group, making him a great fit for obvious reasons. If neither one is available at 9, we’d prefer they pass on Mississippi State’s Charles Cross and address this need on Day 2.

2 Stay at No. 9, pick a defensive blue-chip prospect 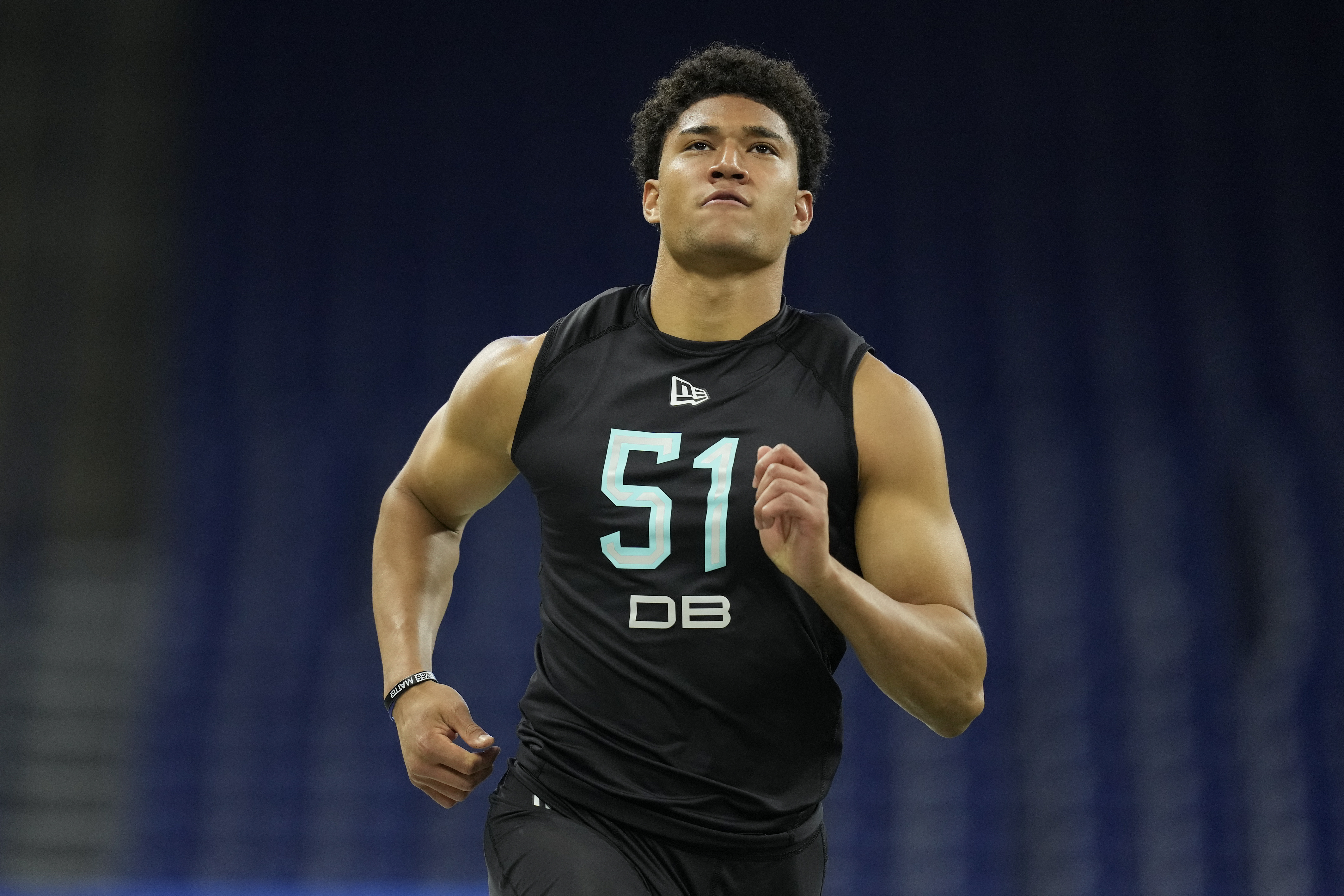 Seattle hasn’t had a top-10 pick for 12 years, which puts them in rare position to land a truly special athlete. If they have the opportunity, it would be foolish to pass on one of the top two overall prospects in this draft class.

That’s Notre Dame’s freakish safety Kyle Hamilton and Cincinnati’s shutdown cornerback Ahmad “Sauce” Gardner, who have drawn comparisons to Seahawks greats like Earl Thomas in Kam Chancellor’s body (Hamilton) and Richard Sherman (Sauce). Even though their secondary is already strong, adding either one of these studs to their back end would help make their defense elite again. 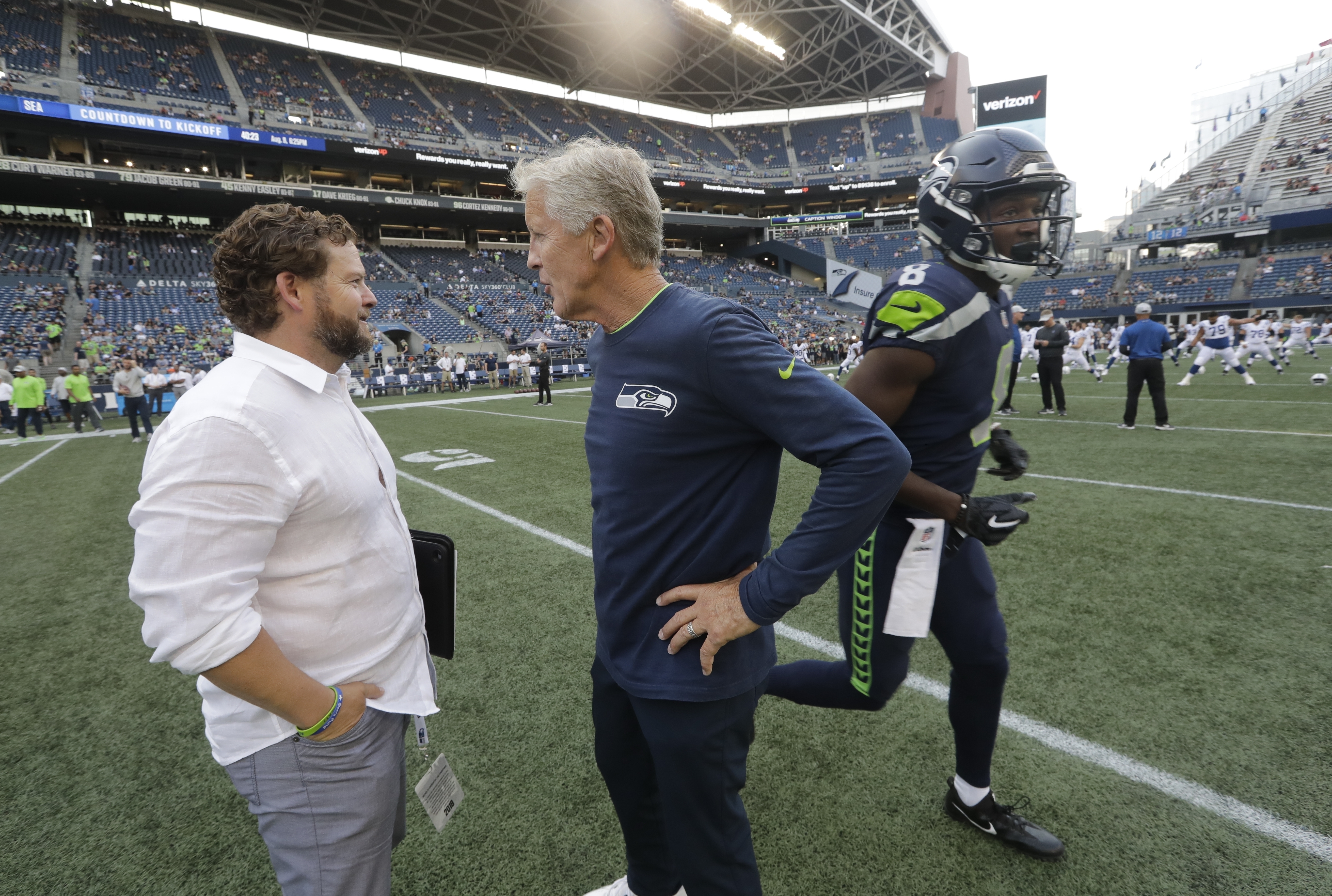 While it’s fun to think about what players like Hamilton, Gardner or Thiboudeaux could bring to the table, odds are they will all be off the board by the time Seattle is on the clock at No. 9 overall.

That’s just as well, because the best strategy that Carroll and Schneider should be going into Day 1 with is trading down to add more picks and value. It’s something they’ve done before on multiple occasions – mostly trading down from the bottom of the first round. Moving down from the top 10 and into the teens should allow them to land up to four of the top 25-30 players on their big board if you include their two second-round picks at Nos. 40 and 41 overall.

The Saints are one potential trade partner to watch. They currently hold the No. 16 and No. 19 picks which they acquired recently. Rumor is they want to move up for Kenny Pickett. If that’s the case, the Seahawks should roll out the red carpet, deal them No. 9 and double up on a couple of high-end prospects in the teens. Doing this also empowers them to mix and match most of our previous ideas, giving them greater flexibility and ultimately a better chance at building a quality draft class.