Whether they’re keeping it or trading it, the Carolina Panthers will be doing something with the 2022 draft’s sixth overall pick in less than a week. Here’s what the game’s top mockers think they’ll do come Thursday.

“This is a popular spot for the first quarterback, and it’s easy to see why. That said, if the Panthers passed on Justin Fields at No. 8 last year, why would they use a higher pick on a worse prospect this year? Expect them to pluck a franchise tackle instead, filling a perennial need with a dominant blocker in Neal. ” – Luke Easterling 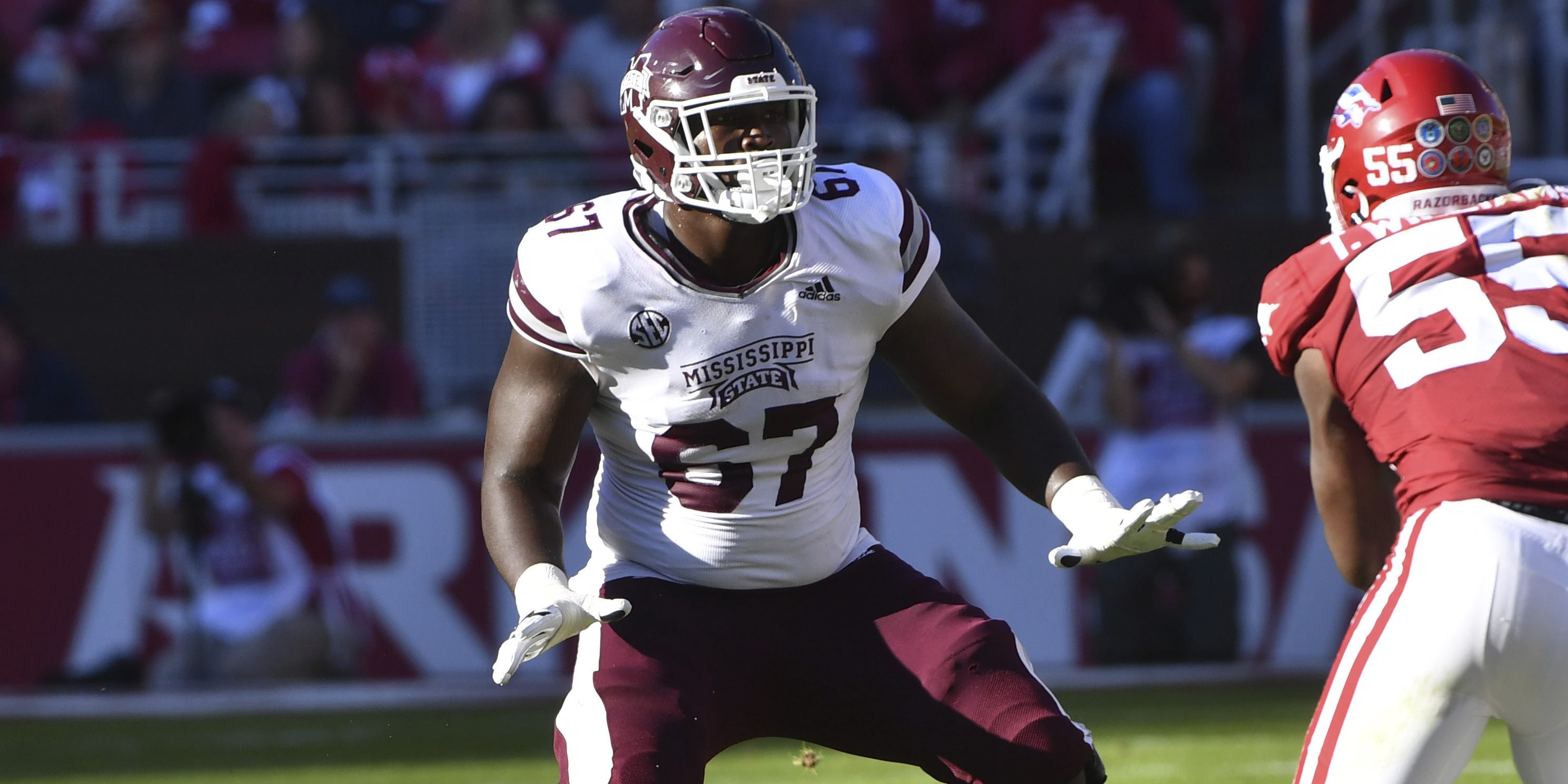 “The working theory is that the Carolina Panthers ultimately address quarterback by adding another veteran. Offensive coordinator Ben McAdoo stated this week that Sam Darnold is the starting quarterback – before trying to walk that statement back a bit – and there have been lots of stories about how the organization is looking to add a veteran passer, whether Jimmy Garoppolo or Baker Mayfield .

“If quarterback is not the position they address, then offensive line will be. Charles Cross looks every bit the part of a starting left tackle on Sundays, and whether it is Darnold, Mayfield, Garoppolo or me under center for the Panthers next year, they need help up front.

“(If it is me, I’m truly sorry Panthers fans).” – Mark Schofield 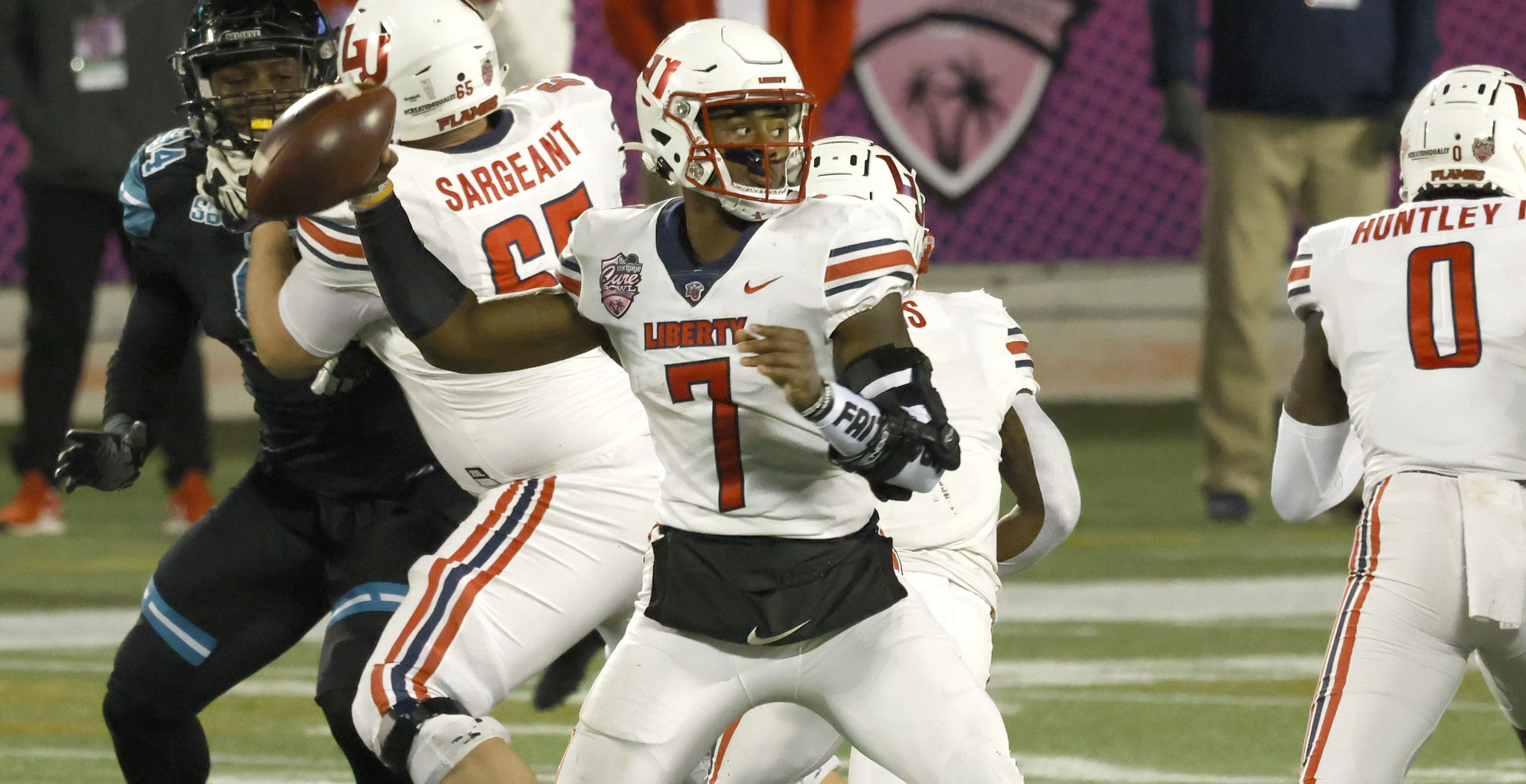 “Unless the Panthers trade down here, they won’t have any picks on the second day of the draft. This is their chance to get a quarterback. Willis is more talented than Kenny Pickett. ” – Mel Kiper Jr. 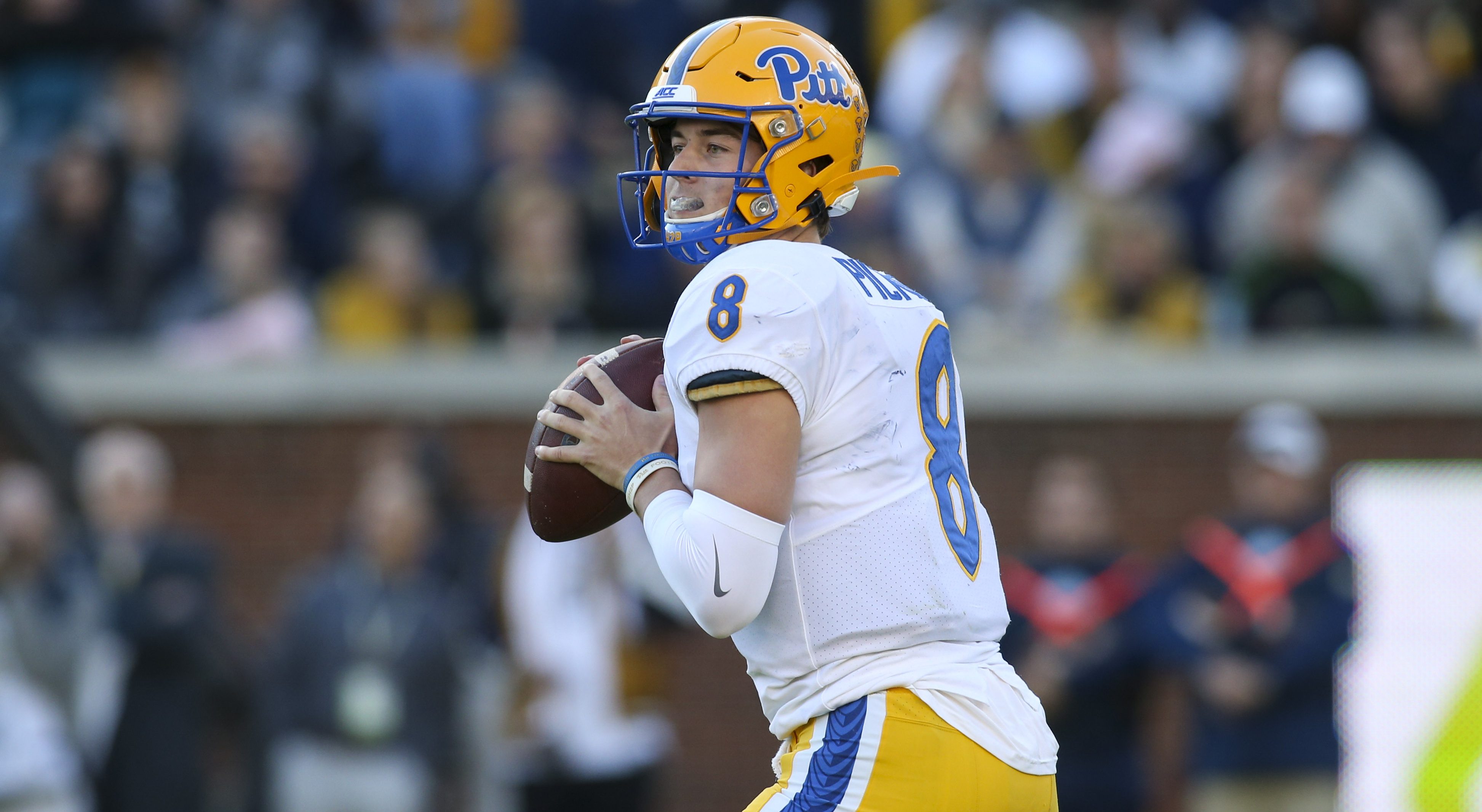 “Pickett’s meeting with the Panthers last week went really well. In fact, all of the QB prospect meetings with Carolina did. With only one other pick in the top 140, I think the Panthers just take their QB of choice, hold their nose and deal with any draft-day critiques suggesting they reached with this selection, ”- Peter Schrager 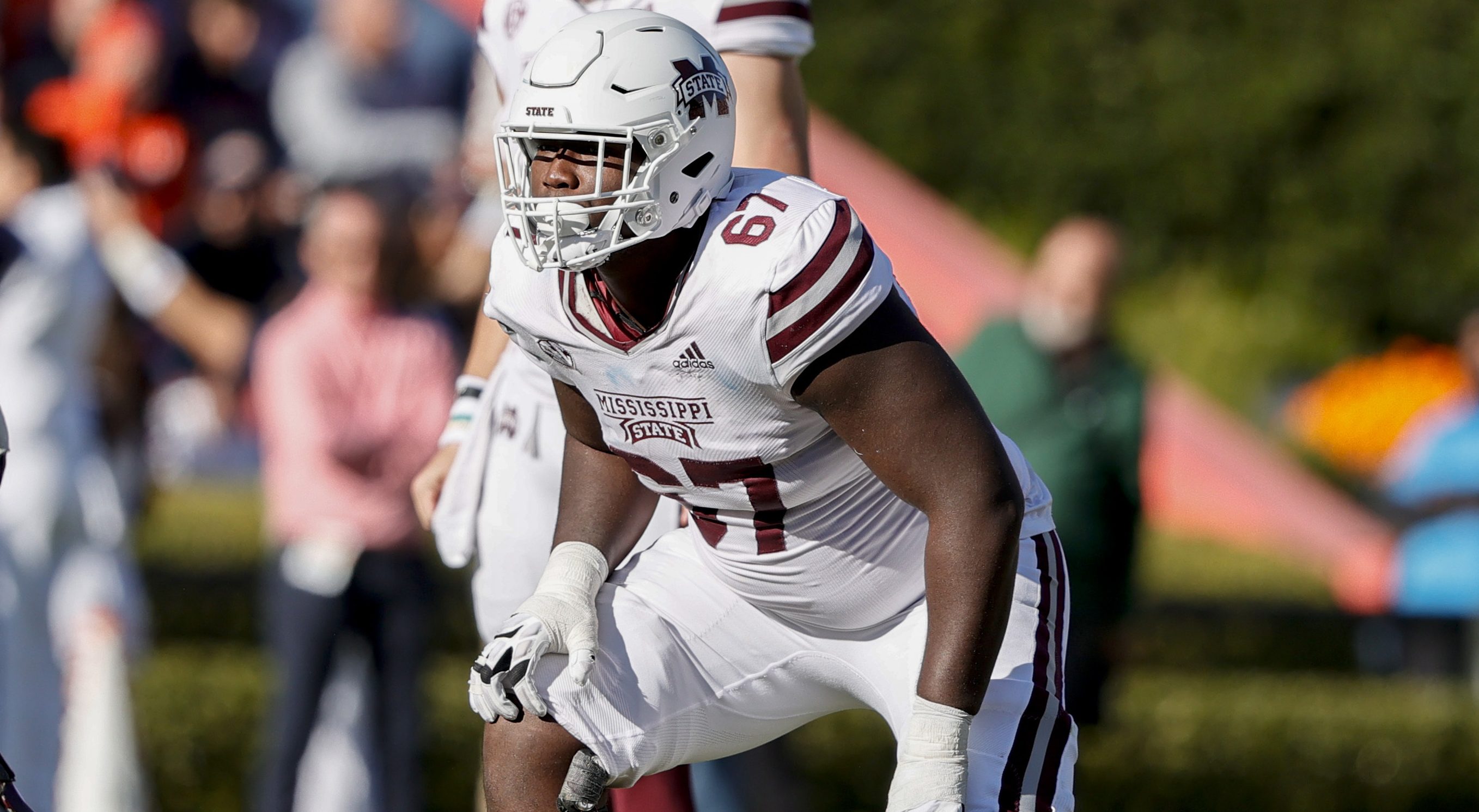 “QB is the easy choice here, after the Panthers missed out on Deshaun Watson, but any passer selected here would be over-drafted. There are reports that owner David Tepper is high on Kenny Pickett but he’s our QB4, and the reality is that Patrick Mahomes could be Carolina’s QB and he’d struggle because the offensive line is in shambles. Which brings us to who we think best helps this team. Cross plays in Mike Leach’s Air Raid offense, which means he’s not asked to do a lot of run blocking. And he’ll tell you that’s one of the things he wants to improve, even though he was very good in that area last season. Either way, Cross’ athleticism shines through and that, coupled with its strength, makes him a top-10 draft-day target. ” – Ryan Wilson 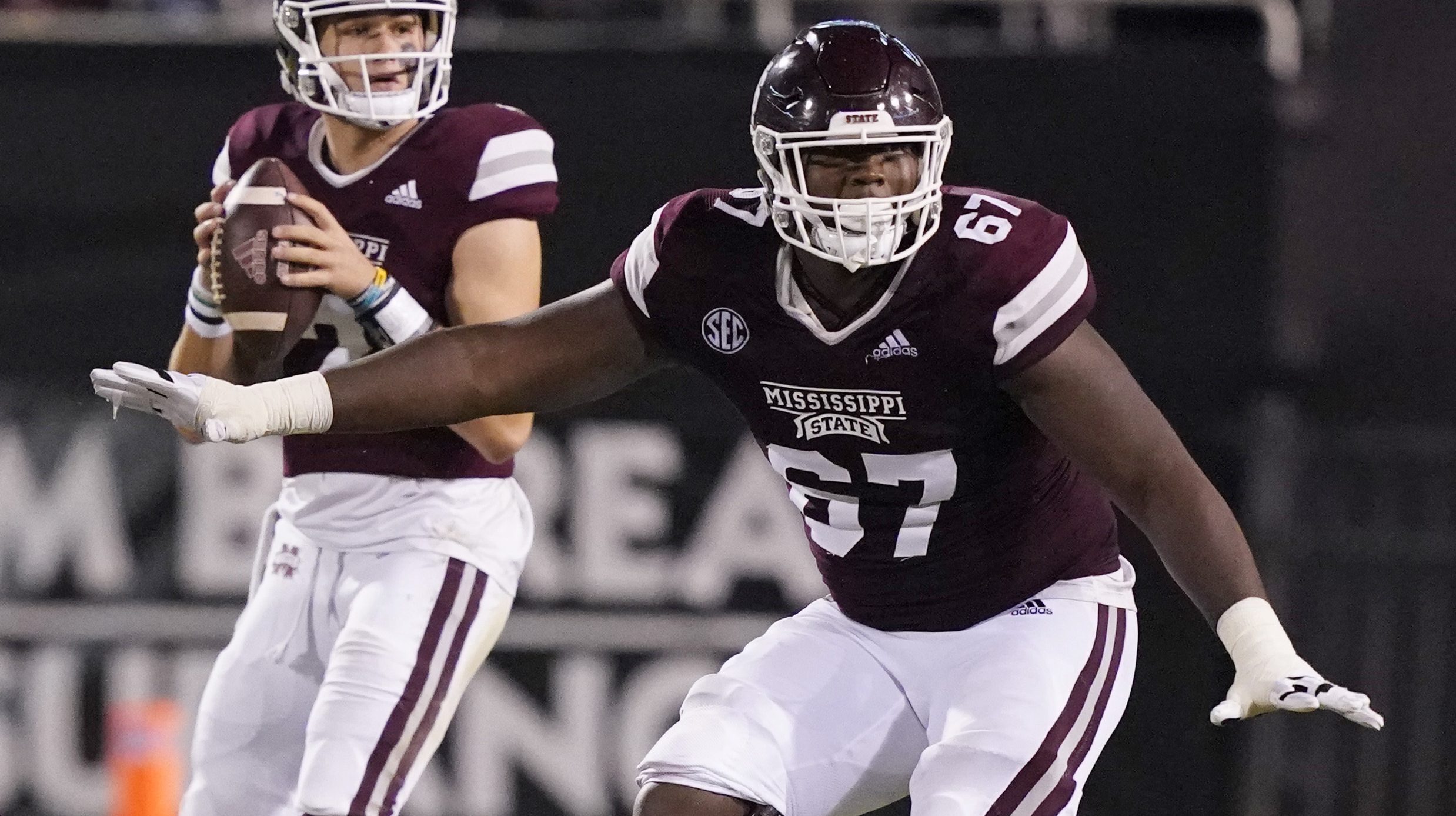 “With a 53.9 pass-block grade (28th in the FBS) and 58.7 run-block grade (26th) in 2021, the Panthers badly need offensive line support. Since both Ekwonu and Neal were off the board, standout left tackle Charles Cross seemed like the logical choice having only allowed 16 pressures on 719 pass-blocking snaps last season. While a quarterback could also be considered here, this class just isn’t enticing enough to use a top-10 pick on a QB, and their offensive line could use a cornerstone left tackle to support whichever quarterback starts Week 1. ” – Tej Seth