“I think it was five-hole. It was pretty exciting.”

Players of Indian descent have made history by participating in this premier North American ice hockey competition.

These Indian ice hockey players primarily come from Canada, with one having a European background.

Robin Bawa was the first Indian player to step foot on the NHL ice, with others following suit.

Besides playing, Manny Malhotra has gone on to progress in a coaching capacity within this internationally recognized ice hockey league taking place in the USA and Canada.

We take a look at the Indian ice hockey players who have been fortunate to feature in the NHL.

Robin Bawa is one of the top former Indian ice hockey players to be part of the NHL. The former Canadian professional player was born into a Punjabi family on March 26, 1966, in Duncan, British Columbia, Canada.

Robin was the first player of South Asian and Indian descent to make it into the NHL.

The first NHL team to award him a professional contract was Washington Capitals.

He netted his first NHL goal for the Capitals past goaltender Alain Chevrier of the Chicago Blackhawks. This goal came during the 1989-90 season, after receiving a five-game call-up.

Describing his first goal to Sportsnet, he said:

“I was playing the off-wing and Bob Rouse passed it off the boards on our bench-side, and I caught it, went down the off-wing, just shot and scored. I think it was five-hole. It was pretty exciting. ”

Following the Capitals, Robin went on to play two games for Vancouver Canucks during the 1991-1992 season. His only NHL playoff appearance came with the Canucks in the 1992 Stanley Cup.

Robin then went to San Jose Sharks during the earlier part of the 1992-1993 season.

It is with the pacific division team that he had his longest stint in the NHL.

In forty-two games, he scored five goals for the Sharks. His last outing for an NHL team came with the Mighty Ducks of Anaheim during the 1993-1994 season.

Despite not scoring for the Ducks, he did register his first and only NHL assist, whilst representing them. Known for his right shot, he played in the right-wing position, 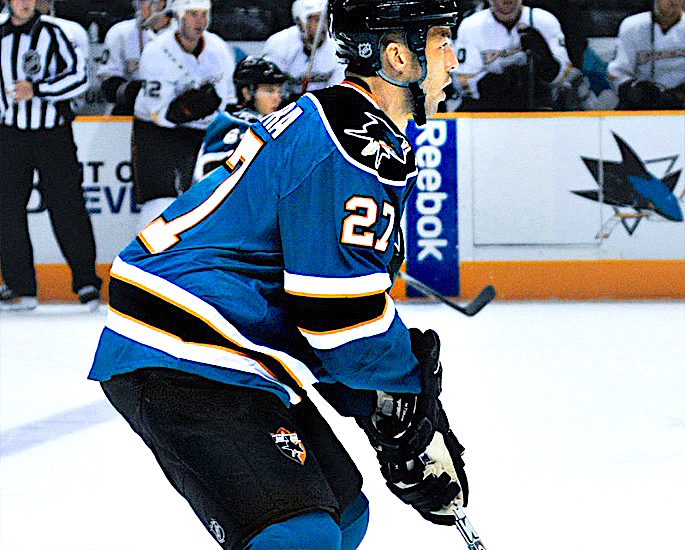 Manny Malhotra is one of the most successful Indian ice hockey players to feature in the NHL. The former Canadian player was also born into a Punjabi family in Mississauga, Ontario, Canada on May 18, 1980.

Familiar as a two-way forward, Manny had a 56% faceoff winning ratio in the NHL. He was also the first Indian ice hockey player to score 100 plus goals.

Manny was also fortunate to be the last active player who had the great Wayne Gretzky (CAN) as his teammate.

David Singh of Sportsnet summarized Manny as a player, stating:

“Manny Malhotra won over dressing rooms with his selfless, hardworking approach to the game.”

Following an eighteen-year career as a player, Manny had gone on to coach NHL teams. 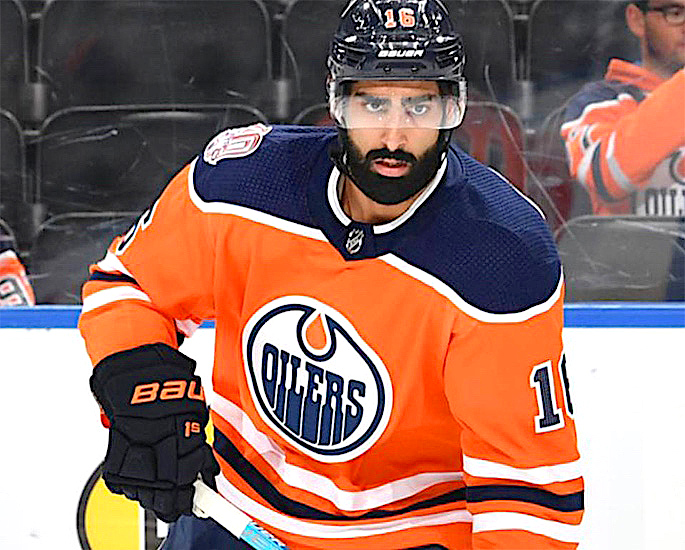 Jhujar Khaira is one of the best contemporary Indian ice hockey players. He was born on August 13, 1994, in Surrey, British Columbia, Canada.

Jhujar was the third player of Indian Punjabi heritage to compete in the NHL, after Robin Bawa and Manny Malhotra.

He played his first NHL game, representing Edmonton Oilers against the Pittsburgh Penguins on November 28, 2015. During that season, he had two assists from fifteen games.

The 2017-18 season was his best, scoring eleven goals with ten assists from sixty-nine games.

Khaira was a favorite amongst fans during his time with the Oilers.

He finished the first season, scoring three goals from twenty-seven games. A left shooter player, his position is left-wing.

Jhujar hopes to become a role model for young aspiring Indian ice hockey players. The good thing is that the sport has generated interest amongst Indian communities residing in Canada and the USA. 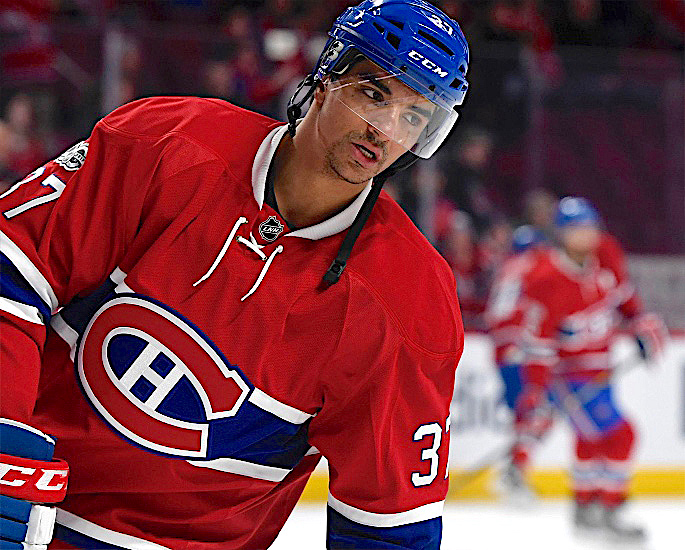 Andreas Martinsen is a former Norwegian ice hockey forward who played in the NHL. He was born in Baerum, Norway on June 13, 1990.

Manny’s father who he had never met was Ugandan Indian. Growing up under the guidance of his step-father explains the reason for having a Norwegian name.

His best season was in 2015-16 for Colorado, scoring four goals, with seven assists from fifty-five games.

On November 21, 2015, Andreas registered his first NHL goal for Colorado, This was during a 7-3 loss against Washington Capitals.

He made a total of 110 appearances for the Colorado outfit. Andreas was known for shooting hard and quickly. In addition, his build and North American adaptability were his core assets.

In an attempt to hit powerfully, he was sometimes a little rash. Andreas who shooted left, played in the left-wing position.

It is encouraging that Indian players have featured in one of the major ice hockey leagues in the world.

However, when will any hockey stars emerge from India itself to play in the NHL?

Well, that is a possibility, with the sport gradually gaining popularity ever since 1989 when ice hockey was first played in India.

Hopefully, the aforementioned individuals will inspire a future generation of Ice hockey players from India to fulfill their dreams of one day playing in the NHL.

They have certainly paved a path for others to follow in their footsteps.